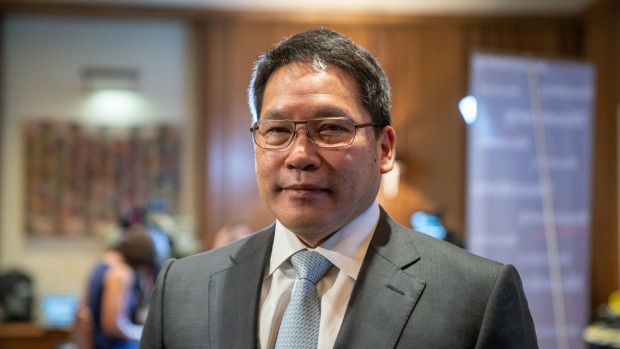 A shakeup at the political party leading Thailand’s ruling coalition spurred talk of a possible Cabinet reshuffle in the wake of criticism of the economic-policy response to the coronavirus pandemic.

More than half of the Palang Pracharath party’s executive committee resigned on Monday, requiring a selection process to begin to install a new one. The current head of the party is Finance Minister Uttama Savanayana, whose Cabinet role is unaffected by the latest developments, according to his aide.

What happens to the Cabinet will depend on the makeup of the next executive committee, said Punchada Sirivunnabood, an associate professor and Thai politics expert at Mahidol University near Bangkok.

If there are a lot of new faces, “we can expect a change within the government,” she said.

Palang Pracharath was carved out of the junta that ruled for five years until elections in 2019, and is the biggest member of the military-backed ruling coalition that took office after the disputed vote.

The party was instrumental in the return of Prime Minister Prayuth Chan-Ocha, who also led the junta after seizing power in a coup when he was army chief.

Prayuth said following the resignations that “a Cabinet reshuffle isn’t necessary yet” and that the changes have “nothing to do” with him.

A replacement executive committee must be installed within 45 days, Paiboon Nititawan, deputy leader of Palang Pracharath, said in a briefing Monday after announcing the resignations.

The Thai stock market pared an increase of as much as 1.5% after the resignations emerged. The benchmark SET index closed up 0.7% on Monday.

The World Bank estimates the government’s stimulus of 15% of the economy is among the largest in East Asia and the Pacific. Tourism and trade reliant Thailand still faces a contraction of about 6% in 2020, and millions of jobs could be lost in a country that was already facing rising poverty.

The stimulus includes emergency cash handouts to spur consumer spending. Almost 29 million people applied for handouts of approximately $155 a month, but only about half qualified, leading to criticism that more needs to be done.

Thailand on Monday began the third leg of a four-stage easing of its lockdown as officials try to kickstart the economy after novel coronavirus cases dwindled. At the same time, the government has extended a state of emergency to June 30 despite opposition calls to scrap it.