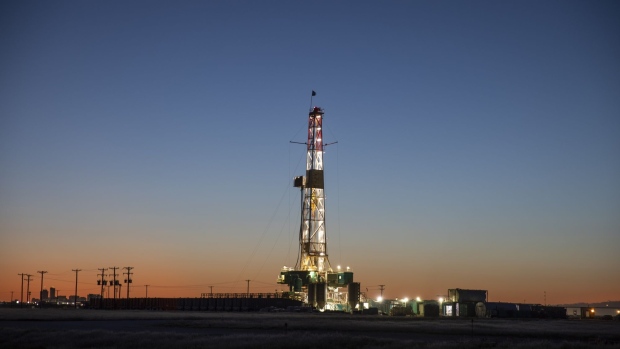 The series of mergers reshaping the beleaguered U.S. shale oil industry accelerated Tuesday when Pioneer Natural Resources Co. agreed to buy Parsley Energy Inc. for US$4.5 billion in stock, creating one of the largest producers in the Permian Basin.

The deal came a day after ConocoPhillips announced its US$9.7 billion takeover of Concho Resources Inc. and underscores the view that oil companies must be big to survive in a new, pandemic-maligned world that’s oversupplied with crude. Earlier this month Chevron Corp. completed its takeover of Noble Energy Inc., while Devon Energy agreed to merge with shale driller WPX in late September.

The sector is in full-on merger mode in response to oil prices that have been stuck at around US$40 a barrel in recent months after the Covid-19 pandemic hit global demand. While that’s put pressure on energy companies around the world, the pain is most severe in U.S. shale. The industry is weighed down by massive debts, the result of years of break-neck expansion that made America the largest crude producer but also disappointed investors with poor returns.

Energy has slumped to less than 2 per cent of the S&P 500 Index, down from more than 11 per cent a decade ago, even as the wider market rose to record levels.

“There’s only going to be three or four independents that are investable by shareholders” after the recent market rout, Pioneer Chief Executive Officer Scott Sheffield said on a conference call with analysts. The “real survivors” will be Pioneer-Parsley, EOG Resources Inc., ConocoPhillips, and “maybe” Hess Corp. over the long-term, he said. “The best companies have been picked off the past few weeks.”

Of those companies left, there’s speculation that billionaire Harold Hamm’s Continental Resources Inc. may come to some agreement with Marathon Oil Corp., Paul Sankey, a New York-based analyst at Sankey Research said in a note. Other mid-size players that haven’t made deals this year include Diamondback Energy Inc., Cimarex Energy Co. and Ovintiv Inc.

Pioneer’s purchase of Parsley will save about US$325 million a year in debt repayments and cost reductions while also adding to free cash flow, the company said. But size is also key to the transaction’s success, according to Sheffield. “You’ve got to be over US$10 billion market cap.”

Size matters in U.S. shale because of economies of scale, lower overheads, increased bargaining power with suppliers but also, crucially, greater access to debt markets. Many companies are having to contend with falling production for the first time because they lack the financial resources to drill the new wells needed to offset rapid declines from older ones. About 35 per cent of Pioneer’s production drops off each year without fresh drilling, while at Concho, the rate is closer to 40 per cent.

A Pioneer-Parsley combination creates one of the largest players in the prolific Permian Basin of West Texas and New Mexico, which produces more oil output than every OPEC member except Saudi Arabia. The newly enlarged Pioneer’s production in the shale formation would grow by more than 40 per cent to the equivalent of roughly 558,000 barrels of oil a day, according to regulatory filings and data from energy analysis firm Enverus compiled by Bloomberg, rivaling only Occidental Petroleum Corp. and Chevron Corp.

Initial reports of the deal talks between Pioneer and Parsley raised eyebrows among some onlookers because Pioneer CEO Sheffield is the father of Parsley chairman Bryan Sheffield. More of the family’s wealth is tied up with Parsley than Pioneer, according to data compiled by Bloomberg. The two were not involved in the negotiations, Pioneer executive Rich Dealy said on the call.

The deal already appears to have strong support from two of Parsley’s top shareholders. Bryan Sheffield’s stake in Parsley is amplified by his holdings of Class B shares, which give him overall voting power of 7.8 per cent. Quantum Energy Partners holds a further 17 per cent of the stock and said it supports the deal.

The premium may be a slight disappointment to some Parsley investors, analysts at Tudor, Pickering, Holt wrote in a note to investors.

“At first blush, we think PXD is getting a solid deal as added leverage more than offset by Parsley’s higher free cash flow given low premium paid,” they said. “The combined organization will be in a stronger position to garner capital relative to peers given the strength of the balance sheet and quality of long-term inventory.”