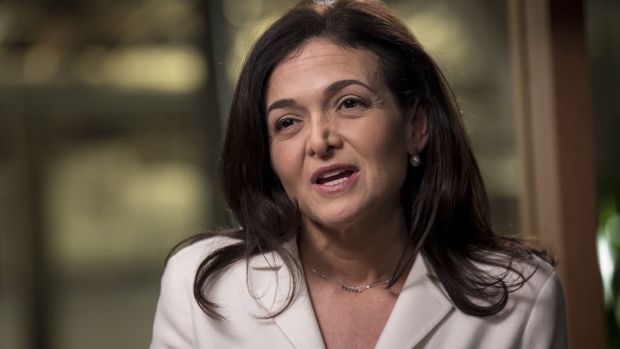 The Menlo Park, California-based company benefited from the pandemic-induced lockdowns as more people turned to its social networks to keep up with their loved ones and for entertainment. To reach those customers, larger advertisers shifted more of their marketing budgets to social media sites, while small businesses ramped up their digital outreach. Facebook reported advertising revenue jumped 56% to $28.6 billion in the second quarter from a year earlier.

Sandberg’s comments fit with the results of a survey Facebook released Thursday showing that small business owners are still struggling as the spread of Covid-19 keeps many would-be customers at home. Overall, 60% of global small business leaders reported having difficulty paying their business-related expenses, with cash flow being a top concern.

“I think we are seeing some recovery in lower numbers but it’s still a very challenging time,” Sandberg said.

Facebook’s report surveyed 35,000 small business leaders with a presence on the social media network across 30 countries in July and August.

Lately, Facebook has been positioning itself as a champion of small businesses, which make up the bulk of its advertisers. The company has invested in new e-commerce tools to help small business better communicate with their customers and show off their products.

Facebook has also launched a public relations campaign against Apple Inc.’s new data-collection rules in a software update for the iPhone, which requires app users to explicitly say they are willing to have their internet activity tracked. The move is widely seen as reducing targeted advertising. Facebook has argued the software change will hurt small businesses that don’t have the budget for broad advertising campaigns.

“Apple’s privacy changes are really hampering their ability to do personalized ads,” Sandberg said of those small businesses. “And they really do need to do personalized data. They need to find people who like yoga and meditation in their particular part of the country.”