Shopify Inc. shares fell after the Canadian e-commerce giant completed a 10-for-1 split of its common stock on Wednesday.

It’s the latest in a parade of tech-stock splits this year as companies in the beleaguered sector attempt to drum up interest among retail investor. Amazon.com Inc. and Alphabet Inc. have also announced stock splits, but the moves failed to boost sentiment amid a broad market selloff on concern central bank attempts to rein inflation risked stifling economic growth.

Shopify’s shares fell 5.8 per cent Wednesday to $42.47 in Toronto. The stock has plunged about 76 per cent this year as e-commerce traffic slows and investors flee growth stocks, particularly sensitive to rising borrowing costs. 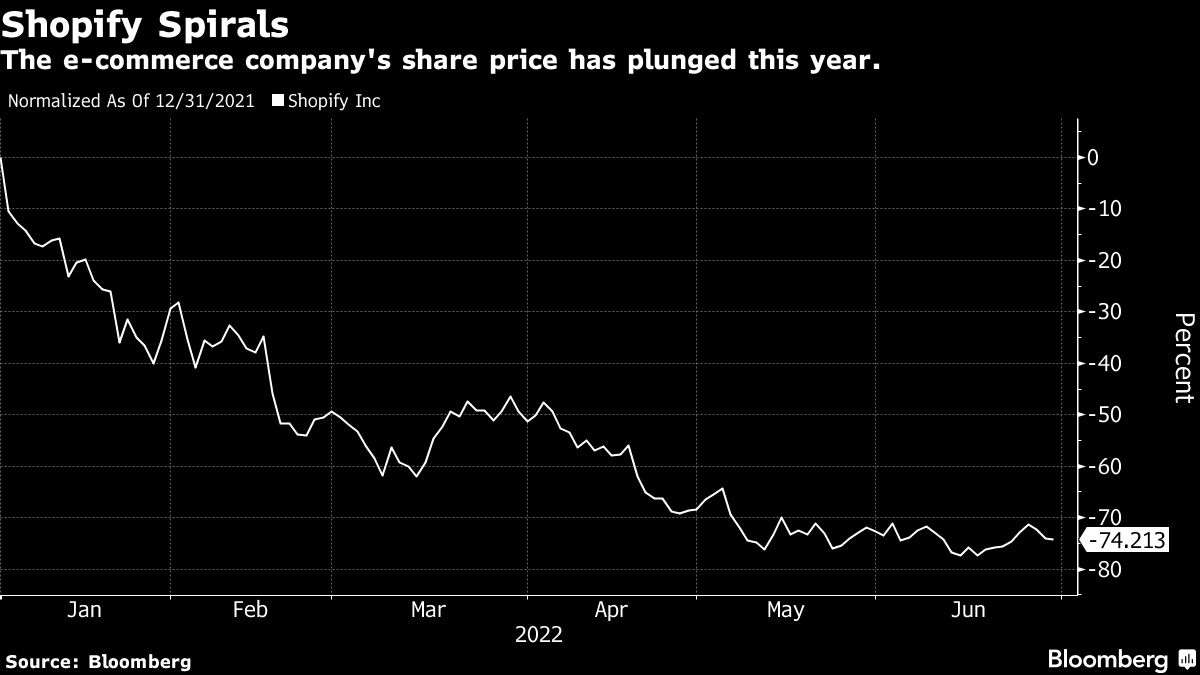 It is getting some retail trader interest Wednesday with Fidelity customers snapping up shares, making it the seventh most-bought stock on the platform. The company’s ticker was also trending on popular retail trader chatroom Stocktwits.

“While it does not change the fundamentals for the stock, we believe this split could have a positive near-term impact on shares as some investors perceive lower priced shares of companies to be less expensive than higher priced ones,” D.A. Davidson analyst Tom Forte said in a note to clients.

The share split, which was approved by shareholders at the company’s annual meeting on June 7, “will make ownership more accessible to all investors,” the company said in a statement before the stock split.

At that meeting, a proposal to give Chief Executive Officer Tobi Lutke a special “founder share” passed with 54 per cent of the vote in favor. Under the plan, Lutke retains 40 per cent of the votes at the company, even as his ownership stake changes. Prominent advisory firm Glass Lewis & Co. said that the arrangement was likely opposed by most of the company’s shareholders, yet it passed because of a single influential director.