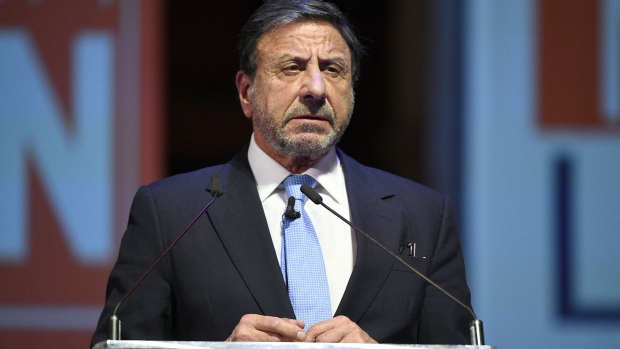 Despite a renewed push by the prime minister to attract investment and woo corporate titans at a global summit in London this week, U.K. executives say they feel increasingly alienated, disillusioned and ignored. Reeling in the wake of Brexit, they have also been stung by a $17 billion tax hike and blamed for ills such as low wages and supply chain upheaval.

Even Luke Johnson is complaining. The co-founder of London-based Risk Capital Partners and former chairman of the Pizza Express chain of restaurants was one of the few businessmen who actually stood up and publicly backed Johnson’s Brexit strategy.

“This isn’t really a Conservative government anymore,” he now says. “The business community is between the devil and the deep blue sea.”

It’s in this climate of suspicion and skepticism that finance minister Rishi Sunak will deliver his budget next week, with many executives eager to see signs of a reversion to Conservative economic orthodoxy. Sunak is expected to keep a tight rein on spending given inflationary concerns, while offering some consolation to finance by rolling back a levy on bank profits.

Johnson himself insists he’s still a staunch, low-tax Conservative and that his hand has been forced by the pandemic. Though the tax burden is due to reach its highest level since the 1950s, Britain’s corporation tax rate will remain among the lowest in the Group of Seven and the U.K. continues to boast world-class infrastructure and skills which should attract investors, Johnson said on Bloomberg News this week.

The premier rolled out the red carpet for financiers including JPMorgan Chase Bank CEO Jamie Dimon and Goldman Sachs boss David Solomon. He shook hands with Bill Gates as he announced 200 million pounds ($276 million) of funding for green projects in Britain, and later hosted a reception at Windsor Castle alongside Queen Elizabeth II and Prince William.

The night before, Johnson dined on jellied-eel canapes and venison during a three-star Michelin dinner in Downing Street with guests including Blackrock’s Larry Fink, Blackstone co-founder Stephen Schwarzman and Barclays CEO Jes Staley.

Yet the showmanship, pro-business rhetoric and royal razzmatazz has done little to change the mood.

Johnson is often quoted by British media as having said “f**k business” when asked about corporate concerns over a no-deal Brexit in 2018. Executives believe he not only said it, but that he meant it.

Hotelier Rocco Forte, who threw a 12,000 pounds victory party for Johnson at a five-star Mayfair hotel after he won the Conservative Party leadership contest in 2019, says the prime minister is failing to fulfill a key aim of Brexit — to cut red tape and taxes — and isn’t doing enough to support businesses.

“We are pursuing a socialist approach of increasing government expenditure and raising taxes,” Forte said. “It is all extremely disappointing.”

The most public spat is over wages, with the government blaming labor shortages in Britain on companies failing to pay staff adequately. The exasperated reply in boardrooms is that wage increases without productivity gains only lead to higher prices and inflation, leaving workers no better off.

Quitting the EU, meanwhile, has added extra bureaucratic costs for firms, reduced exports and depleted the available pool of labor, exacerbating global supply chain problems and leading to empty shelves in stores. A shortage of lorry drivers to deliver fuel to forecourts recently provoked a run on gas stations.

In the latest threat, the European Union could consider terminating its post-Brexit trade deal if Britain pulls out of commitments made in the Northern Ireland Protocol. Shutting down the accord, which governs trade between the province and the rest of the U.K., would wreak further havoc on the economy.

The Johnson government’s slow reaction to crises and easy dismissal of business concerns provokes serious doubt about its economic competence, said one FTSE 100 board member. The levers of power are in the hands of people who don’t know how to use them, the person said.

As Johnson tries to win over executives, he’s praising the City of London — financial services contributes 10% of Britain’s total tax take — saying it will remain the financial capital of the world.

But one Conservative Party donor and City grandee said the U.K.’s financial hub knows its voice is unimportant to Johnson and that everything is about getting re-elected. The City is there to be taxed and bullied, the donor said, speaking on condition of anonymity.

Unlike the New Labour project of Tony Blair, which required a strong overture towards business to convince the electorate of his party’s economic credentials, Johnson’s crucial swathe of Red Wall constituencies pulls him in the other direction. Needing to keep on side a sizable bloc of former Labour voters in the North and Midlands who backed the Tories for the first time at the last election, his instinct is towards spending and populism.

“We probably don’t have a political party that is particularly business friendly any more,” said Philip Hampton, former chairman of J Sainsbury Plc, GlaxoSmithKline and Natwest Bank. “Politicians know business interests don’t appear to win many votes, and votes are their ultimate currency.”

For unhappy executives, there’s little immediate prospect of an alternative. Labour, the main opposition party, is lagging in the polls and seeking to overturn a commanding 80-seat Tory majority and in business circles Keir Starmer’s Labour is yet to convince that its approach would any be more pro-enterprise than Johnson’s.

“The calculus is business would vote for him anyway,” said Martin Sorrell, chairman of S4 Capital Plc and founder of WPP Plc, the world’s largest advertising group, of Johnson. “Where else are they going to go?”