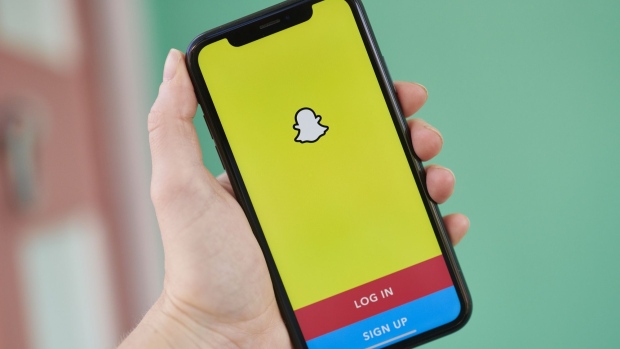 Sales jumped 66 per cent to US$770 million in the period ended March 31, the Santa Monica, California-based social media company said Thursday in a statement. Analysts, on average, projected US$744 million. Snapchat, the mobile app for sending disappearing photos and videos, reported 280 million daily active users in the quarter, a 22 per cent gain from a year earlier, and higher than the 275.4 million average projection of analysts, according to data compiled by Bloomberg.

The results are likely to bolster Snapchat’s argument that its investments in augmented reality, new advertiser tools, supporting high-quality creators and recruiting users outside North America will lead to revenue growth of more than 50 per cent for several years.

Snap Chief Executive Officer Evan Spiegel said more people made new friends, used Snapchat’s mapping tool and posted stories, which are ephemeral videos and photos, as the economy started to open up in the first months of the year.

“We designed Snapchat to be a useful complement to real-life friendships, and are excited about these optimistic trends developing with our audience,” Spiegel said.

Snap shares increased about 1 per cent in extended trading after closing at US$57.05 in New York. The stock has gained 14 per cent this year after tripling in 2020.

The company projected revenue in the current quarter of US$820 million to US$840 million compared with analysts’ average estimate of US$823.9 million. Snap said daily active users will increase 22 per cent year-over-year to reach 290 million in the period.

Second-quarter Ebitda, a measure of profitability, will be from break even to a loss of US$20 million. Analysts projected a loss of US$1.3 million.

Long-term, the company is betting that augmented reality will continue to drive more user engagement as they play with a diversifying array of lenses, or animated overlays on photos and videos. As the e-commerce market boomed during the pandemic, more advertisers experimented with augmented-reality shopping experiences, such as features that allow Snapchat users to try on beauty products, according to the company.

The number of Snapchat users engaging daily with augmented reality lenses grew more than 40 per cent year-over-year in the first quarter, the company said.

“During the pandemic advertisers accelerated their adoption of our augmented-reality products to enable product sampling and try-on when they were forced to find alternatives to traditional methods,” Chief Business Officer Jeremi Gorman said in prepared remarks.

Snapchat said it’s uncertain how an upcoming software update to Apple’s iPhones could affect its momentum. The update will include a requirement that developers get explicit permission to collect certain data and track users’ activity across apps and websites.

“It is not clear yet what the longer term impact of the iOS platform changes may be for the topline momentum of our business, and this may not be clear until several months or more after the changes are implemented,” Chief Financial Officer Derek Andersen said in prepared remarks.

“Until then, we remain focused on helping our partners navigate these changes while optimizing return on ad spend across our advertising products and platform,” Andersen said.

The company said, however, that for the first time the majority of its Snapchat users were running the app on smartphones with the Android operating system.