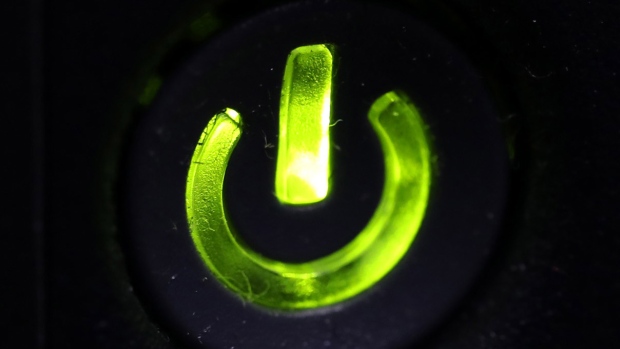 A green light signals the power switch on a computer server unit inside a communications room at an office in London, U.K., on Monday, May 15, 2017. Governments and companies around the world began to gain the upper hand against the first wave of an unrivaled global cyberattack, even as the assault was poised to continue claiming victims this week. , Photographer: Chris Ratcliffe/Bloomberg

The Swiss National Bank and stock exchange SIX will jointly explore how to make central bank digital money available for the trading and settlement among financial market players.

The buying and selling of assets based on digital ledger technology has the potential to reduce counterparty risk and create “significant” economic opportunities, SIX said in a statement Wednesday.

The initiative is part the innovation hub for financial technology the Bank for International Settlements announced it was setting up earlier this year with the SNB. Other hub centers will be based in Hong Kong and Singapore.

To contact the reporter on this story: Catherine Bosley in Zurich at cbosley1@bloomberg.net

To contact the editor responsible for this story: Fergal O'Brien at fobrien@bloomberg.net