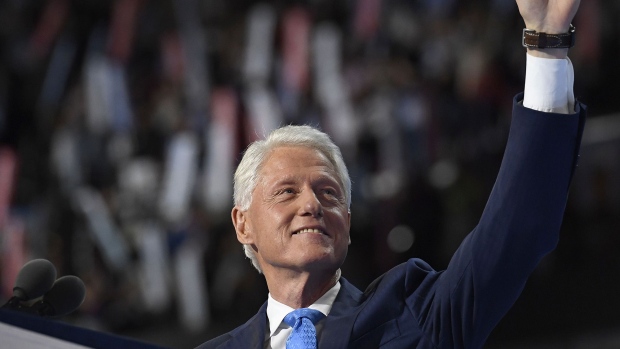 Bill Clinton was released from the University of California Irvine Medical Center on Sunday morning, five days after he was admitted with an infection unrelated to Covid-19.

Elon Musk suggested that Warren Buffett should consider investing in Tesla, whose skyrocketing shares have made Musk the world’s richest person.

Twitter users discussed the creation of the U.S. Space Force after the Financial Times reported Saturday that China has tested a nuclear-capable hypersonic missile that circled the globe before speeding toward its target, catching U.S. intelligence by surprise.

Netflix estimates that its latest megahit, “Squid Game,” will create almost $900 million in value for the company, according to figures seen by Bloomberg.

“The Batman” is trending after it unveiled a new trailer on Saturday. The film, starring Robert Pattinson, is set to launch in theaters on March 4 after production delays due to Covid-19 disruptions.