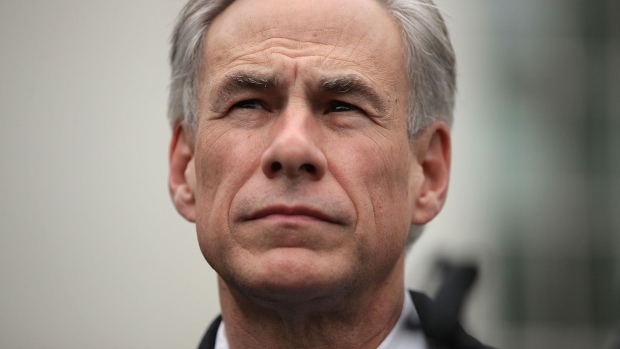 American said that federal rules supersede state ones, so Abbott’s order “does not change anything” for the airline. IBM said that, as a federal contractor, it “must comply with federal requirements.” Southwest Airlines Co. also said it would follow the federal rules, while a Texas hospital system that fired employees for failing to get vaccinated said it’s “deeply disappointed” by the state’s action.

The companies’ responses show the difficult path ahead for the Republican governor’s rule, which is supposed to be enforceable with fines but could get mired in legal limbo. The statements also are likely to fan the flames of conservative anger over Biden’s support for vaccine mandates -- on Tuesday, Florida Governor Ron DeSantis said he was considering measures that would shield workers from being fired for not getting vaccinated.

The clashes add a new layer of complexity to corporate planning at a time when virtually every aspect of running a company is already exceedingly complicated. Managers who are already struggling to coax reluctant workers back to the office while avoiding their own outbreaks of Covid-19 are now being forced to take sides in the nation’s second-largest state, home to more than 14 million workers.

Texas Companies Are Stuck Between Mandates. What Now?: QuickTake

Major companies with headquarters in Texas include Exxon Mobil Corp., Oracle Corp., AT&T Inc. and Texas Instruments Inc. The state’s loose regulations and low taxes have attracted employers across industries, with major hubs for technology in Austin and energy in Houston. The pressure is now on them to sort through the competing rules and offer clarification on their positions to workers and investors.

Biden has said his administration is close to issuing rules that would order private employers with 100 or more workers to require shots or weekly testing for employees. Mandates have been increasing among large companies after the president first announced the plan last month. Boeing Co., with more than 5,000 workers in Texas, on Tuesday said that its U.S. employees will need to be vaccinated by Dec. 8.

But many other employers are still navigating how to manage the rules while placating employees, customers and regulators. Some large oil and gas companies with operations in Texas, such as Royal Dutch Shell Plc, said they were still evaluating Abbott’s order. Chevron Corp. said it aims to comply will all federal, state and local laws when they’re not in conflict, while noting that it is premature to evaluate the impact of the rules on operations since Biden’s standards haven’t formally been issued yet.

Houston Methodist, which operates several hospitals in the area and has more than 25,000 employees, was one of the first hospital systems in the country to mandate the vaccine for workers in April. More than 150 eventually resigned or were terminated for refusing to comply. The hospital system is still reviewing Abbott’s order and its possible implications, but because its own rule went into effect months ago, 100% of its employees are compliant with the vaccine policy, according to Chief Executive Officer Marc Boom.

“We are grateful we mandated the vaccine early so the order will not have an immediate impact on us,” Bloom wrote in an email. “But we are concerned for other Texas hospitals that may not be able to continue their mandates now with this executive order.”