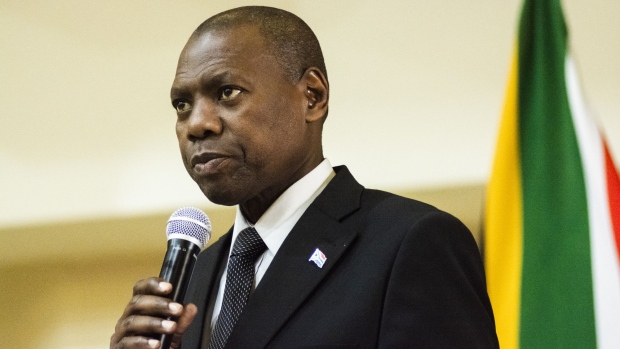 (Bloomberg) -- Zweli Mkhize, who quit as South Africa’s health minister in August, filed a lawsuit challenging the findings of a probe that implicated him in a tender scandal, saying he wasn’t given a fair hearing and his political future had been jeopardized.

In papers filed on Oct. 15, Mkhize asked the High Court to set aside a report by the Special Investigating Unit, which found that he may have engaged in unlawful conduct when a communications contract was awarded to a company controlled by his close associates.

“My rights of reputation, personal and professional, have been undermined, my employment as a public servant” has been ended, Mkhize wrote in his filing.

Mkhize unsuccessfully ran for the leadership of the ruling African National Congress in 2017, and was considered a possible successor to President Cyril Ramaphosa prior to the eruption of the tender scandal. He retains some political clout, particularly in his home province of KwaZulu-Natal, and could run again for the top party post at its national elective congress in December next year. Ramaphosa is widely expected to seek re-election.

Mkhize said he wasn’t given the opportunity to respond to the allegations leveled against him, and the SIU had predetermined the outcome of its investigation before meeting him.

SIU spokesman Kaizer Kganyago confirmed the filing of the lawsuit and said the matter was being dealt with by the unit’s lawyers.