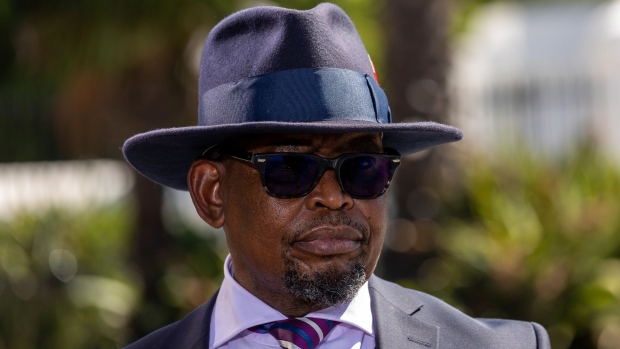 (Bloomberg) -- South African police handed over a docket on their investigation into allegations of sexual harassment against Finance Minister Enoch Godongwana to the National Prosecuting Authority.

The NPA must now decide whether or not to press charges. The docket was handed over to the prosecuting authority on Monday, a day after Godongwana issued a statement denying the alleged harassment took place.

“We await a recommendation from them,” Selvy Mohlala, a spokesman for the South African Police Service, said by phone on Thursday. “The recommendation might be that we go obtain more statements or that they feel it is ready for prosecution, so we will wait to hear from them.”

Godongwana issued the denial after an employee in the Kruger National Park who was offering massage services to guests opened a case against him. If charged, Godongwana may be forced to vacate his post under the rules of the governing African National Congress’s so-called step-aside rule.

Godongwana, 65, has been finance minister since August 2021. The allegations come two months before he is scheduled to present the government’s medium-term budget policy statement. A former head of the ANC’s economic policy unit, Godongwana is a close political ally of President Cyril Ramaphosa, who is expected to seek re-election as party leader at a conference in December.