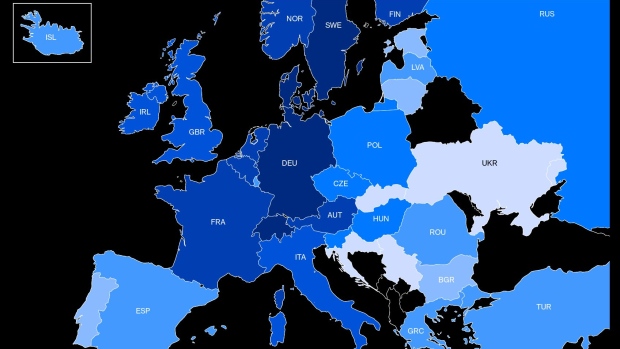 (Bloomberg) -- Spain is about to ask hundreds of companies to join in one of the biggest-ever tests of whether a four-day workweek can be implemented without harming the economy.

While initiatives elsewhere have largely been small-scale and started by individual businesses, Prime Minister Pedro Sanchez’s administration has agreed to put 50 million euros ($59 million) of public money into a three-year, nationwide program.

It’s the brainchild of a small, left-wing political party called Mas Pais, which persuaded the Socialist-led government to implement a 32-hour workweek and then assess the experiment. Party leader Inigo Errejon, expects around 200 employers to sign up voluntarily, with a start date in the fall.

“A hundred years have passed since we last shortened the working day, meaning when we won the right to eight hours,”he said in an interview in Madrid. “In the past 100 years, we’ve continued to produce more with fewer hours of labor, and yet this ability to produce more thanks to technology hasn’t generated more free time for people.”

Errejon, 37, was calling for a four-day workweek even before the Covid-19 pandemic, but he says it’s now more plausible in Spain because the crisis has shown that greater flexibility is possible in the workplace.

Still, he acknowledges that he has an uphill battle to make this more than just an experiment. Sanchez agreed to the pilot in January on the condition that Mas Pais vote in favor of the administration’s spending plan under the European Union’s recovery fund. Since then, ministers and other top officials have said a four-day workweek is not a policy priority.

“What’s important isn’t how many days are worked but rather work-life balance,” said Joaquin Perez Rey, Secretary of State at Spain’s Labor Ministry. “That won’t be resolved with one day less.”

The idea of a four-day workweek is catching on in some parts of the world. Unilever Plc is doing a trial in New Zealand, and Japanese lawmakers are discussing a proposal to grant an extra day off. German technology company Awin started cutting hours while maintaining salaries and benefits last spring, and says sales, employee engagement, and client satisfaction all rose.

Scaling up to a national level is harder though. In France, there is still a heated debate over the impact of a move two decades ago to reduce working time to 35 hours. Business groups continue to campaign for a reversal of the measure that they say has eroded competitiveness and productivity, while labor unions cling to it as a bastion of worker rights and insist it has created jobs.

Successive governments have sought middle ground by tweaking labor rules while not actually changing the basic requirement. In practice, there are loopholes and many people work more than 35 hours, especially with a shift toward services and freelance jobs that are less organized around top-down rules.

Spain’s challenge is that it has long been plagued by high unemployment, low productivity, and one of the highest proportions in Europe of workers on precarious, temporary contracts. The Bank of Spain has called the labor market “dysfunctional.”

Under Errejon’s program, employees will get the same salaries despite putting in fewer hours. Unless they significantly boost their productivity, companies will pay their workers more to do less.

The government funding compensates businesses by covering the cost of hiring additional workers or installing new technologies -- but only temporarily to ease the transition.

The risk is that Spanish companies, already relatively uncompetitive within Europe, become even more so. Maria Jesus Fernandez Sanchez, an economist at Spanish think tank Funcas, notes that there’s nothing stopping businesses from implementing a four-day workweek now.

“If they wouldn’t do it without these funds, then that probably means it’s not feasible,” she said. “If this were Switzerland or Japan, it could work perfectly. But not in Spain.”

The government says it’s focused on ensuring that workers furloughed during the pandemic return to steady jobs to avoid a further spike in unemployment. In the medium-term, it wants to reduce the share of short-term contracts.

Errejon says this trial will at least provide valuable information for researchers. But he’s also optimistic that it can lay the groundwork for a four-day week in sectors where the pilot shows that both companies and workers benefit.

“Thanks to the pilot program, we’ve launched a debate in Spain,” Errejon said. “Before, it was something reserved for a few innovative companies that had decided to implement it themselves, but it wasn’t a national debate. Now it is.”