There is still some market upside before the cycle turns: Jason Del Vicario

U.S. stocks notched their best week since July as solid corporate earnings and a surprise increase in retail sales spurred a rally in companies that are more likely to benefit from an economic rebound. Treasuries fell.

“We believe that being long equities is the best course of action, and that cyclical stocks such as financials, industrials, energy and materials are positioned for further gains,” said Chris Zaccarelli, chief investment officer at Independent Advisor Alliance. “Utilities and consumer staples are going to face headwinds in the form of higher interest rates and inflation.” 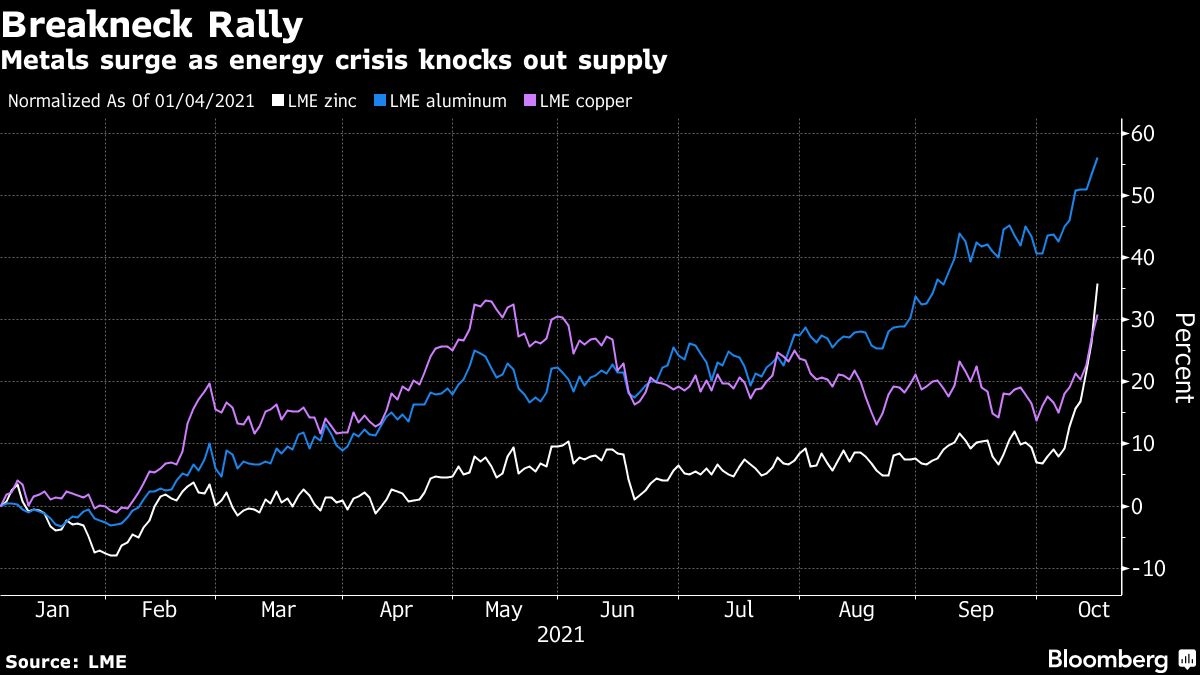 The world’s most crucial metals continued on a breakneck surge as energy shortages forced more production cuts and piled pressure on manufacturers -- fueling concerns about inflation. Brent oil hovered near US$85 a barrel amid a global power crunch that has seen prices jump.