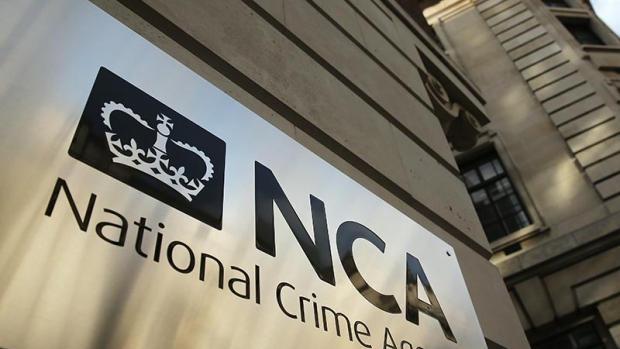 LONDON, ENGLAND - OCTOBER 07: A general view of The National Crime Agency building in Westminster on October 7, 2013 in London, England. The NCA replaces SOCA, the Serious Organised Crime Agency, which was formed in 2006. Dubbed "the British FBI", the NCA will be tasked with tackling the most serious of crimes in the UK and replaces a number of existing bodies. (Photo by Dan Kitwood/Getty Images) , Photographer: Dan Kitwood/Getty Images Europe

(Bloomberg) -- A London student who pre-paid 390,000 pounds ($500,000) in rent for a Knightsbridge penthouse must hand over nearly half a million pounds, following an investigation by the U.K.’s National Crime Agency.

Three bank accounts for Vlad Luca Filat, 22, were frozen in May 2018 after NCA financial investigators suspected the funds derived from illegal activity by his father, Vladimir Filat, the former prime minister of Moldova.

Vladimir Filat is serving a nine-year sentence after his conviction in June 2016 for his part in the disappearance of $1 billion from three Moldovan banks. The missing money is equivalent to an eighth of the ex-Soviet republic’s entire GDP, the NCA said.

With no registered income in the U.K., bank records showed that the Vlad Luca’s accounts and living expenses were funded by large deposits from overseas companies, mainly based in Turkey and the Cayman Islands. Multiple cash deposits were also identified across the U.K. branch network, with 98,100 pounds paid in over one three-day period.

After moving to London in July 2016 to begin his studies, Vlad Luca spent significant sums of money on luxury goods and services, including a 200,000-pound Bentley “Bentayga” bought from a Mayfair dealership.

To contact the reporter on this story: Christopher Elser in London at celser@bloomberg.net

To contact the editors responsible for this story: Christopher Elser at celser@bloomberg.net, Anthony Aarons