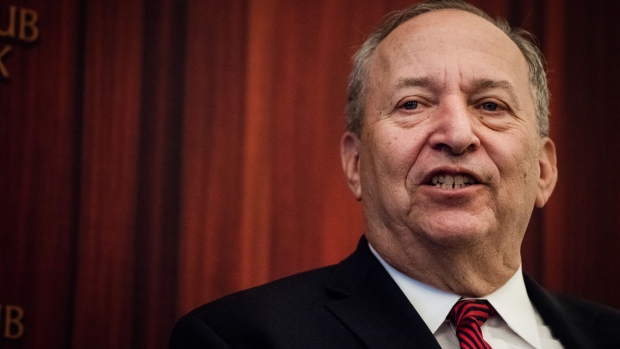 “There is no material prospect that, in any enduring way, gouging legislation can have any substantial effect on inflationary pressure,” Summers told Bloomberg Television’s “Wall Street Week” with David Westin. “But it can cause and contrive all kinds of shortages” and undermine companies’ moves to boost supply in reaction to higher prices, he said.

Congress will vote next week on legislation barring “excessive” or “exploitative” fuel prices. House Speaker Nancy Pelosi Thursday backed the bill, saying, “This is a major exploitation of the consumer.” The measure is unlikely to garner the Republican support needed to become law, however.

“The ‘price-gouging at the pump’ stuff, the more general price-gouging stuff, is to economic science what President Trump’s remarks about disinfectant-in-your-veins was to medical science,” Summers said.

Donald Trump stoked controversy in 2020 when he raised the question about disinfectant use against Covid-19, “Is there a way we can do something like that by injection inside?”

Summers, a Harvard University professor and paid contributor to Bloomberg, also said that while US inflation might have peaked at an 8.5% annual rate in March, it’s unlikely to approach the Federal Reserve’s 2% target “anytime soon.”

The history of the 1960s and 1970s battles against high inflation suggest that it may take multiple slowdowns to rein in consumer-price gains, he said.

While some economists have talked about a scenario where the Fed raises its inflation target to something above 2%, Summers said he’s not yet ready to back that idea. He did predict that consumer-price gains in the 2020s are likely to prove bigger than they were in the 2010s. CPI inflation averaged 1.8% in the decade through 2019.

“I’m not yet prepared to join the chorus” in backing a higher inflation target than 2%, Summers said. “It could conceivably be ultimately right, but I think moving in that direction immediately would very much undermine what limited anti-inflation credibility the Fed has.”

The former Treasury chief said, with regard to politicians, that if they did want to help the Fed in combating inflation -- “to the limited extent they can” -- the following steps could be helpful:

“This gouging talk is a diversionary confusion,” he said.