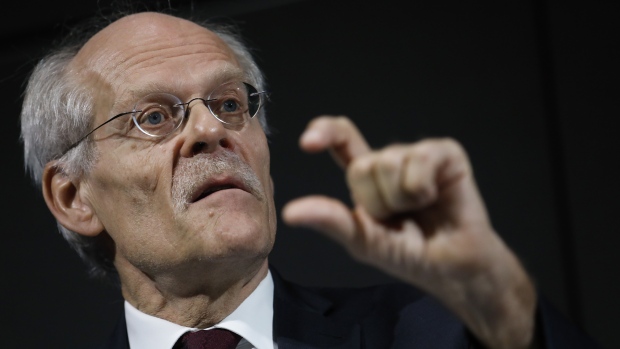 Swedish central bank policy makers are intent on leaving negative interest rates behind after almost half a decade.

But faced with a barrage of bad economic data, Governor Stefan Ingves and his colleagues will on Thursday likely delay a plan to tighten at the turn of the year further into 2020.

They’re betting the largest Nordic economy will avoid an outright recession as the Federal Reserve and the European Central Bank are once again adding stimulus.

While the case for exiting negative rates this year is growing weaker, policy makers have consistently downplayed signs of a deepening slowdown amid high resource utilization. 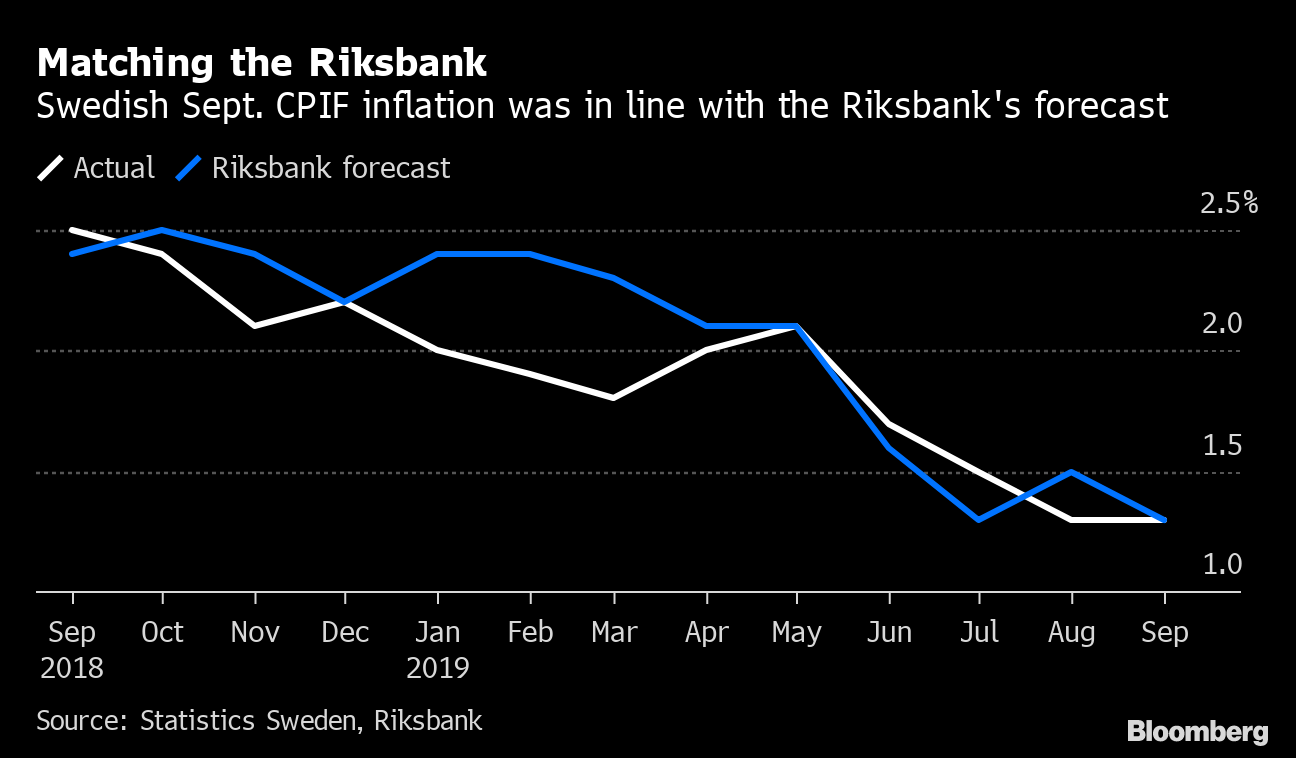 Ingves, while visiting London last week, said he didn’t see a recession “in the cards.” After being battered over the past month, Sweden’s krona has also recently surged, in part on optimism over Brexit solution, but also as traders reassessed bets on the Riksbank’s rate path after strong inflation data.

Buffeted by a trade war between the world’s economic powers, Swedish growth stalled in the first half of the year, confidence gauges have plunged and unemployment has rapidly worsened. Inflation has also subsided, but has nonetheless kept within the bank’s forecasts, giving it scope to keep a so-called tightening bias with a view that price growth will pick up again over the next years.

“The decision hangs in the balance, with the economy deteriorating more than anticipated by the Riksbank, but with some of the worst risks easing and an Executive Board being in normalization mode,” said Johan Lof, senior economist at Svenska Handelsbanken AB.

The risk is that Ingves and his colleagues are underestimating the slowdown and will eventually need to reverse their stance and cut rates again. Under intense criticism over the weakening krona, they have been slowly withdrawing stimulus, ending an quantitative easing program in 2017 and then raising rates for the first time in seven years in December last year.

The bank will announce its next rate decision on Thursday at 9:30 a.m. All 21 economists surveyed by Bloomberg anticipate an unchanged rate at minus 0.25 per cent.

"Why risk making a policy mistake like in 2008 or 2010 when the Riksbank raised rates only to cut them soon thereafter? I don’t see a case for lifting rates already this year given the bleak global outlook and moderating inflation expectations." — Johanna Jeansson, Nordic economist