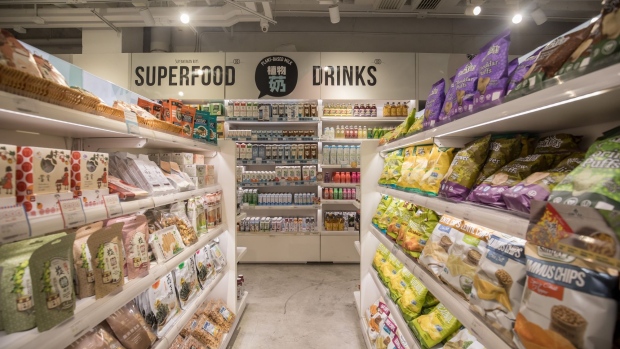 (Bloomberg) -- Green Monday Holdings, a Hong Kong-based alternative meat company, is seeking to raise about $100 million in fresh capital, according to people with knowledge of the matter.

The plant protein company is working with Bank of America Corp. on the latest funding round, said the people, who asked not to be identified as the information is private.

Deliberations are ongoing and details such as size and timing may change, said the people. Representatives for Bank of America and Green Monday declined to comment.

Founded in 2012 by David Yeung, Green Monday runs a chain of plant protein-based concept stores called Green Common with nine locations in Hong Kong as well as online sales, according to its website. The company also operates a so-called foodtech company, OmniFoods, producing faux meat products under the Omni brand.

The plant-based food startup last year raised $70 million in financing led by TPG Capital’s The Rise Fund and Swire Pacific Ltd., with participation from investors including Jefferies Group and Sino Group’s Ng Family Trust, according to a press release.