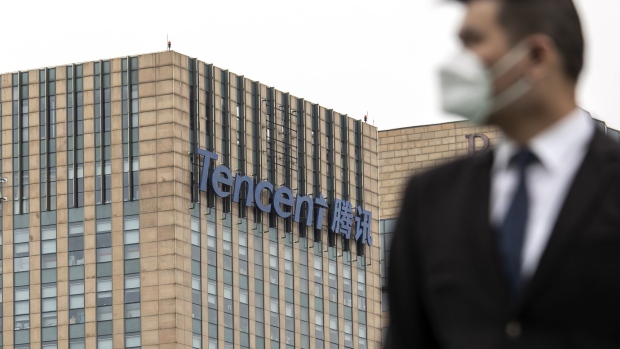 The country’s most valuable company reported it employed 110,715 at the end of June, down 4.7% from the end of March in the first staffing cutback since 2014, according to its latest filing. Tencent revealed the net reduction after reporting its quarterly revenue missed estimates.

China’s largest technology corporations have cooled recruiting as they bid farewell to a decade of free-wheeling expansion, succumbing to Beijing’s tighter oversight. It mirrors efforts among global tech companies to rein in spending at a time of rising inflation, material costs and political tensions. Alibaba Group Holding Ltd. shed some 9,000 jobs during the June quarter, while Amazon.com Inc. reduced its workforce by 100,000.

Tencent is grappling with a deepening consumer crisis in the world’s No. 2 economy, the product of a property slump and ad-hoc Covid lockdowns from Shanghai to Shenzhen. The uncertainty is wreaking havoc on businesses from advertising to cloud computing and gaming. Alibaba this month reported its first quarterly revenue drop on record, though the results were better than feared.

Chinese tech firms like Tencent are focusing on profitability over the market-grab of years past, after a sweeping government crackdown wiped more than $1 trillion off their combined market value in 2021. The WeChat operator, for its part, has shut down laggardly businesses in areas from e-commerce to game streaming and news aggregation.