Remember when Tesla Inc.’s market value surpassed General Motors Co.? That was just in October, though investors can’t be blamed for thinking it was a lifetime ago.

The electric vehicle maker’s valuation has added the combined value of the Big Three — GM, Ford Motor Co. and Fiat Chrysler in just five trading days through Monday. Tesla has grown by an —average US$14 billion on each of those days.

Tesla shares have been on a searing rally this year, recovering spectacularly from a steep pandemic-related selloff, helped most recently by second-quarter delivery numbers that surpassed market estimates. In the past week, the company has roughly gained the value of Fiat Chrysler Automobiles N.V. every single day.

While skeptics have said the stock’s current pace may be getting detached from reality and is instead being fueled by the “power of the narrative,” many believers abound.

“There is definitely a significant retail component that is driving shares higher,” Wedbush Securities analyst Daniel Ives said in an interview, referring to individual investors trading on platforms such as Robinhood.

Still, a lot of big institutional investors now also want a piece of Tesla and the electric vehicle market, he said. “In a Covid-19 pandemic and a dark macro environment, the company just put up a 90,000 delivery number, especially when other automakers are seeing herculean challenges.”

Tesla said July 2 it delivered 90,650 cars in the second quarter, which compared with analysts’ average estimate for about 83,000 units.

The eagerness of big money to get into Tesla was also noted by Roth Capital Partners’ Craig Irwin, saying the company’s valuation was being driven by fund managers who have Tesla grouped with Netflix Inc., Amazon.com Inc., Facebook Inc. and the like, and were valuing it as a large-cap growth stock.

“Those managers do not understand that this is not a winner-takes-all industry that those other names are,” Irwin said, noting that there are more than 180 electric cars that are slated to come out by 2025. “There have been some duds along the way, but you can be sure there will be some winners in those 180.”

The latest rally has brought Tesla’s gains this year to US$170 billion, an amount that exceeds the market capitalization of all but 30 companies in the S&P 500. 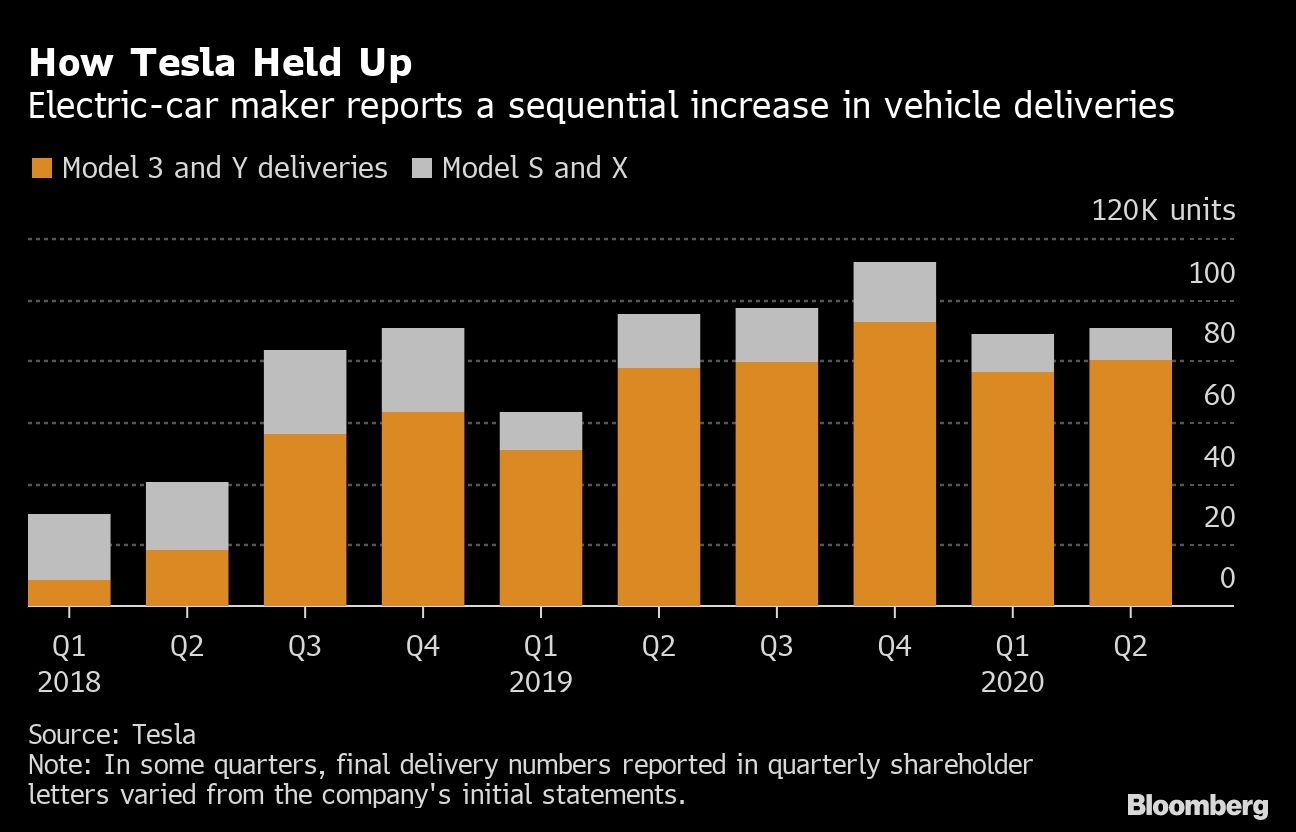