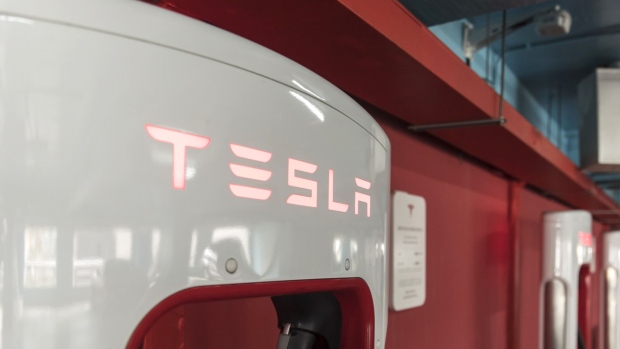 Tesla Inc. Chief Executive Officer Elon Musk set a date for the debut of the electric-car maker’s first pickup and further tied the truck to the famous sci-fi movie that inspired its design.

Tesla will unveil the truck Nov. 21 in Los Angeles, near the factory where Musk’s other company, Space Exploration Technologies Corp., builds rockets, Musk tweeted Wednesday. In a follow-up post, he said the date was “strangely familiar” and shared a link to the opening credits and scene of the 1982 film Blade Runner, which was set in November 2019.

The date is strangely familiar …https://t.co/YZl5R1POJL

Musk, 48, has made reference to the movie before in discussing the truck. He told Recode a year ago he wanted Tesla to design “a really futuristic-like cyberpunk, Blade Runner pickup truck.” He released a teaser image of the truck in March.

“I think the Tesla Cybertruck is our best product ever,” Musk said during Tesla’s latest earnings call on Oct. 23.