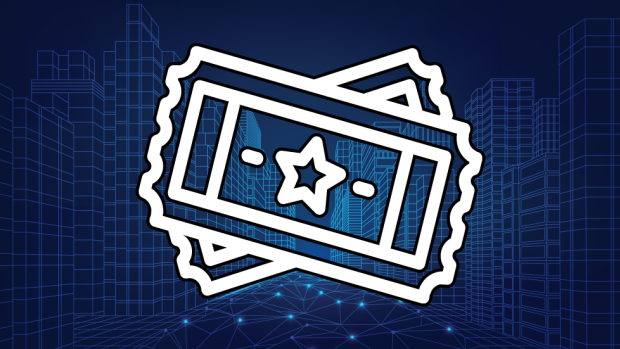 With its “The Future of” series, BNN Bloomberg looks at what is next for our transformed economy and daily lives , Graphic by BNN Bloomberg

The show must still go on for Matthew Loden. The chief executive officer of the Toronto Symphony Orchestra is hurriedly trying to save the performing arts troupe's season next season, holding thrice-weekly Zoom meetings with senior staff to brainstorm how future performances will look when the country finally emerges from COVID-19 pandemic lockdowns.

"We're trying to figure out, what are the various scenarios that we have to put in place to understand what our budget can even be next year? And what are our revenue expectations that are going to be embedded in that budget?" Loden says. "And then as a consequence, what art can we afford to do?"

To help stay afloat during the holiday season, the TSO is posting its annual Messiah holiday performance online. It's the latest in a series of on-demand shows that Loden thinks could become a mainstay when this pandemic is over, helping to offset the $11 million in lost revenue from ticket sales the company suffered this year.

"If we don't convince the marketplace of our value, such that people want to continue to make those investments in us, then we will look so different in the future that we won't be recognizable as who we've been for the past 100 years," Loden says.

As COVID-19 vaccines begin to roll out across Canada, it's becoming increasingly clear that there is finally light at the end of 2020's dark tunnel. More importantly, it will also mark an eventual return to normal for many of the things we previously took for granted: The roar of the crowd when the puck hits the back of the net, the first bite of a Michelin-starred meal or the starting chords of your favourite song being played live.

That return could be gradual with roughly 30 per cent of frequent concert-goers very uncomfortable or somewhat uncomfortable with attending live events even when a COVID-19 vaccine will become widely available, according to research published by Morgan Stanley in December. Meanwhile, about half of people who attended indoor or outdoor concerts as well as music festivals are eager to return to watching live events, the data showed.

But the TSO isn’t the only one looking online to stave off a total shutdown. Organizations across the sports and entertainment world are increasingly turning the digital lifelines that helped them tread water over the past year into permanent fixtures.

Montreal's Osheaga Music and Arts Festival made headlines earlier this month after announcing three headlining acts – Post Malone, Cardi B and the Foo Fighters – for its 2021 lineup, despite no guarantee the event will take place. As organizers prepare to book more artists while keeping an eye on provincial restrictions, some online component will likely factor into next year's festival, according to Nick Farkas, vice president of concerts and events for Evenko, which organizes Osheaga.

"On the digital side of the business, we realized how woefully unprepared we were back in March when the pandemic shut everything down," Farkas says.

After running some live shows to an online-only audience, Farkas now expects Evenko to produce some streaming options for the concerts it promotes, although details such as copyright and geoblocking may still need to be worked out.

"I would be really surprised if going forward on every festival that we do, there isn't a streaming piece on an app that we put out," he says.

'This is a pandemic that’s become an endemic' for businesses: Cinémas Guzzo CEO

Vince Guzzo, president and CEO of Cinémas Guzzo, joins BNN Bloomberg to discuss how recent closures in the province of Quebec is impacting the movie theatre sector as he calls the shutdowns "very discouraging".

The rapid emergence of streaming during the pandemic has also weighed on the movie industry, which now sees digital platforms such as Disney+, Netflix Inc. and Warner Media LLC's HBO airing feature-length films either at the same time as they appear in cinemas or shortly thereafter.

It's something that's riled up cinema operators like Cinémas Guzzo CEO Vince Guzzo. He says that cinemas and studios should find common ground on offering new pricing tiers for movies that are simultaneously released on streaming platforms and in theatres, as well as older films people may still be interested in.

"The proposition I put on the table to some studios is, why would we not associate a pricing structure to the various exclusivity windows that you now offer to movies?"

He noted he's still in discussions with movie studios on how to structure movie prices once theatregoers can safely return to cinemas. But Guzzo says he is confident theatres will remain a popular destination.

Like movies, sports have also quickly adapted to the pandemic, continuing to broadcast games as players find themselves bubbled up and isolated to prevent COVID-19 outbreaks. But as crowds slowly return to stadiums and arenas, safety measures aimed at minimizing contact between staff and ticketholders are likely to remain post-vaccine.

Norm O'Reilly, a sports business professor at the University of Guelph, expects fans to undergo rapid testing for some time to attend live games, as well as venues being redesigned to accommodate more safety-conscious patrons.

Mark Cohon, chair at Toronto Global, provides his outlook for Toronto and the city experience in general. He says that Toronto remains very attractive to global businesses, and that the revival of live entertainment will play a big role in the rebirth of the city. Mark is also executive chairman with the Juno Awards, and was the 12th commissioner of the CFL.

"People are going to go back to their clubs, and their sports, and their events, and their music halls, and the concerts if they feel like they're in a safer environment," O'Reilly says.

"But sports have figured those things out before. It will take some money, some investments in science, but hopefully, we can do it again, and be set up for people's safety."

Some of that redesign is happening right now. Tim Reid, president and CEO at Regina Exhibition Association Ltd., which operates the 100-acre Evraz Place property and the home of the CFL's Saskatchewan Roughriders and WHL's Regina Pats, has been busy during the pandemic finding ways to make watching sports safer.

That includes introducing contactless concession payments, selling pre-packaged goods, or ordering food and drinks directly to your seat mid-game through an app, he says.

"Our sense of it is that turning the tap back on will be regulated in some ways by jurisdictional public health authorities, but also by people's disposable income and their willingness to attend," he says.

"We realize that how we serve people will be different. They're not going to want to queue up the way that they once did … In many ways, the restaurant industry has done a great job of this. We're trying to learn from them and just bring it to a stadium."​