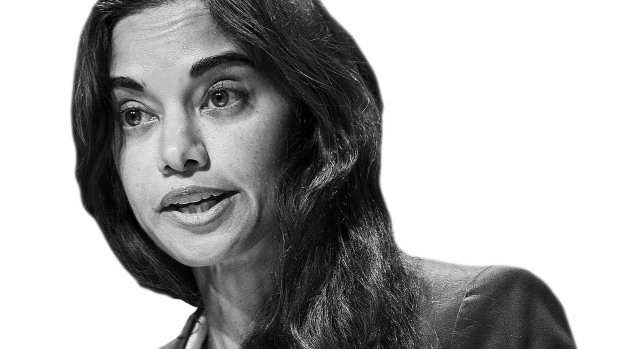 (Bloomberg Markets) -- When Mala Gaonkar and Divya Nettimi open their hedge funds in 2022, some bankers and investors expect they could each start with $1 billion or more under management. There has never been such a large launch by a woman-led firm, never mind two in the same year.Listen to this story

They are just the most prominent of a group of women who are opening, or have recently opened, funds around the world. It’s been a long time coming. Of the thousands of hedge funds, only about 80 are led by women today, according to the Kresge Foundation, a Troy, Mich.-based philanthropy that tracks diversity of managers.

“It is a watershed moment to have multiple female-led hedge fund launches,” says Dominique Mielle, a former partner and portfolio manager at Canyon Capital and author of Damsel in Distressed: My Life in the Golden Age of Hedge Funds. “Women must outperform men if they want to stay in the business, but even when they do, investors are reluctant to entrust them with their money, thereby keeping women’s funds small. And there goes the vicious circle with women running small funds, more unstable and less relevant, hardly an ad for female investment skills. Large launches at $1 billion can break that moldy image.”

A growing number of women in the industry have earned enough money and built enough relationships to start their own businesses. At the same time, many investors have decided that diversity in money management benefits performance as well as society.

“More investors are recognizing that day-to-day investing is about decision-making, and the science is very clear that more diverse teams make better decisions,” says Rob Manilla, vice president and chief investment officer at the Kresge Foundation, which plans to place a quarter of its U.S. assets under management with diverse managers by 2025. “Why would we think that every good investment idea needs to come from a White male?”

Firms that started in the past several years have also benefited from the momentum. Several, including Angela Aldrich’s Bayberry Capital Partners and Lauren Taylor Wolfe’s Impactive Capital LP, are approaching or have exceeded $1 billion in assets, joining an elite set of about 500 funds at that level, according to data from research firm PivotalPath Inc.

Here are some recent and upcoming launches to watch:

In October, when hedge fund legend Stephen Mandel announced to his investors that Gaonkar was leaving in January to start her own investment firm, he told his clients the 52-year-old “has been instrumental in both the development of our firm and our investment performance.”

Gaonkar joined Lone Pine in 1998, the year it started, and in January 2019, when Mandel decided to step back from day-to-day management, he named her as one of three portfolio managers to oversee the firm’s now $33 billion in investments. At Lone Pine, Gaonkar invested primarily in publicly traded companies in telecommunications, media, internet, technology, and emerging-market financials. People who’ve spoken with her expect she’ll make more bets on private companies at her new fund.

Born in the U.S., Gaonkar grew up mostly in Bengaluru, India, where many of her family members were doctors. She went to Harvard to study economics and a few years later returned to get an MBA, after which she spent two years at the Kauffman Fellowship, a two-year program that focuses on venture capital. As part of the program, she worked as a private equity analyst at Chase Capital Partners, a unit of JPMorgan Chase & Co. She spent most of her career in Lone Pine’s London office, and her new firm will be headquartered in New York City.

Nettimi, 35, was one of Viking Global Investors’ most talented tech investors. That reputation is fueling expectations that she could raise $1 billion for her new fund in 2022 and join the ranks of other successful former Viking investors—including Dan Sundheim, Ben Jacobs, and Tom Purcell—who raised billions of dollars for their own firms.

Her new firm will focus on public and private investments, according to people familiar with the plans.

Nettimi joined Viking as an analyst in 2014 and was promoted to portfolio manager three years later. She initially focused on e-commerce and retail stocks and later on technology, media, and telecommunications companies. Before Viking, she spent four years at Goldman Sachs Group Inc.’s internal hedge fund. While completing her MBA at Harvard Business School, she managed the school’s internal Alpha Fund.

In 2021, Tian turned 30, had a baby, and started her San ­Francisco-based Saturn V Capital Management with an initial $80 million, according to a person familiar with her firm.

She studied math at Fudan University in Shanghai, got a Ph.D. in statistics at Stanford, and then joined Farallon Capital Management, the firm founded by Tom Steyer and now run by Andrew Spokes, according to a brief bio from a Morgan Stanley conference.

Her firm will use statistical models she developed at Stanford to predict the outcomes of clinical trials and invest in undervalued biotech companies.

Wu, 39, says she started investing in health-care stocks by chance. The former CLSA Ltd. consumer stock analyst was recruited by Fidelity Management & Research straight out of Columbia University’s business school almost a decade ago and assigned to cover Asian health-care companies. By the time she left in January 2021, she was the Asia health-care portfolio manager for several FMR emerging-markets funds and solely responsible for those investments at the firm.

Springhill is the public equities unit of Qiming, whose venture capital arm specializes in Chinese technology and health-care deals. The venture division has invested in about 150 Chinese health-care companies. Wu was tapped by Nisa Leung, Qiming’s managing partner leading health-care investments, to become Springhill’s chief investment officer and to pick Asia health-care stocks to own for three to five years.

Carrasquillo, who previously ran a predominantly female team at Canada Pension Plan Investment Board, started trading for her own hedge fund within Alliance­Bernstein Holding on Oct. 7. Her whole team is made up of women and includes former CPPIB colleague Savironi Chet.

The 1.5 Degrees fund, named after scientists’ warning that the Earth will reach a tipping point if it warms more than 1.5C, runs a long-short portfolio of stocks. She focuses on trading opportunities resulting from climate change and companies benefiting from or losing out because of events such as rising sea levels, shifting consumer preferences, and increased greenhouse gas emissions.

London-based Carrasquillo, who graduated from Harvard in 1998, worked on starting a climate change investment strategy in her final year and a half at CPPIB.

She says she became a hedge fund manager because success and remuneration are “based on what you deliver and not what you look like, your gender, or the color of your skin.”

Hoffmann-Burchardi will begin trading for her own hedge fund within Tudor Investment Corp. in early 2022, with a focus on picking technology companies undergoing digital transformation. A lifer at Tudor, Hoffmann-Burchardi specializes in using alternative data to guide her investments. She earned a Ph.D. in finance in 1999 from the London School of Economics and previously helped build global quantitative equity investment strategies for Tudor in London and New York.

One of billionaire Paul Tudor Jones’s longest-standing money managers, Hoffmann-Burchardi has most recently overseen a global equity portfolio within the firm’s flagship $7.6 billion hedge fund strategy, Tudor BVI. She will be the third money manager in recent years to have her own fund at the $11.6 billion firm.

Hoffmann-Burchardi, who will launch the equity long-short fund with her four-person investment team, plans to use alternative data to spot trends of digital and data disruption in the tech sector, according to an investor document obtained by Bloomberg News. She plans to start with about $300 million from outside investors and an undisclosed amount from Tudor.

The firm is expected to begin trading in the first quarter with $50 million to $75 million under management and a team of four, according to a person familiar with the matter. It will make climate change-related investments in public stocks, including companies that use clean energy technologies or that accelerate decarbonization of non-energy sectors. The fund may also explore private investments.At Discovery, from 2014 to 2018, Audet was responsible for $1.2 billion in energy and commodity investments, including several successful short bets on companies in the mining, oil services, and natural gas industries.

The latest iteration of her career is to relaunch her hedge fund 221B Capital, named after the fictional detective Sherlock Holmes’s house number on London’s Baker Street. She first started the long-short fund in 2014 but in 2019 turned to launching Appian Way Asset Management to focus on industrials, cyclicals, and technology. She’s preparing to restart 221B by the end of 2021, with an initial $75 million and backing from some high-profile people in the industry that she declined to name.

New York-based 221B Capital will mainly trade technology, renewable energy, and industrial stocks for its global long-short equity hedge fund. “I’ve been covering technology companies my entire career,” McIntyre says. “One of the things that we’re most well-known for is finding really good shorts.”

As a young economics grad at Goldman Sachs in 2004, it took Green just one month to realize she wanted to be a trader.

“To a 22-year-old me, it felt like I was sitting at the floor of the Houston mission control getting to launch Apollo 11,” she says. “At the heart of your achievements is output—making money is factual, and I have always found this ­incredibly empowering.”

Green eventually led the bank’s European distressed-­debt trading desk before decamping to London-based hedge fund CQS, where she built its special situations team and oversaw one of the biggest substrategies at the firm. Now the 40-year-old is drumming up investors for her own fund.

Pearlstone Alternative, named after two streets that cross Broad Street near the building in New York where she began her career, plans to start trading in mid-2022. Green intends to invest in European credit, with a strategy centered on highly complex, idiosyncratic credit opportunities where the borrowers may not have other options. Green, who lived through a banking crisis and hyperinflation as a teenager in Bulgaria, says that experience, coupled with what she learned trading during the 2008 financial crisis, will serve her well in the current environment.

Green’s primary bugbear about her male-dominated industry is the stereotyping of women as either nurturing and risk-conscious, or, in her case, intense and aggressive. Both perceptions are negative. Still, she says the pandemic has spurred greater awareness and action in the industry on social and diversity issues. “Change in the last 24 months eclipses change achieved in the last 10 years,” she says.  — With Bei Hu and Nabila Ahmed

Burton and Parmar report on hedge funds in New York, and Kumar covers the industry in London.