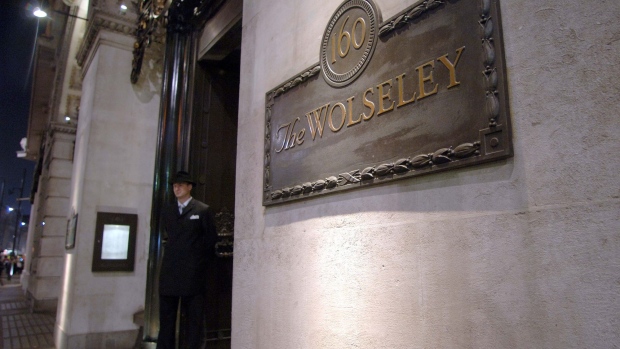 Corbin & King Limited, the operator of London’s fine diners including The Wolseley and The Delaunay, has been placed into administration by its largest shareholder and lender.

Thai hotel giant Minor International Plc, which owns 74% of Corbin & King, appointed FRP Advisory as administrators after the restaurant operator failed to meet its financial obligations with respect to its lending facilities, Minor said in a statement on Wednesday.

A representative for FRP confirmed the appointment and said it does not impact the operations of the subsidiary companies within the group.

The U.K. capital’s hospitality industry suffered a collapse in trade during the key festive period last month as people stayed home and avoided socializing in pubs, clubs and restaurants amid the spreading of the Covid-19 omicron variant. Corbin & King has an ongoing lawsuit against Axa Insurance U.K. Plc for as much as 4 million pounds ($5.4 million) over its failure to pay out on claims linked to the coronavirus lockdowns.

With 38 million pounds worth of direct loans and loan guarantees, Minor is also Corbin & King’s largest lender, according to the statement. The restaurant operator is facing “major liquidity constraints” and “having already defaulted under its shareholder and third-party loan obligations since May 2020, the company requires strong financial support – for the sake of the outstanding employees and brands within the Corbin & King Group – to survive and succeed,” it said in the statement.

The Thai hospitality group made “repeated proposals” to recapitalize the company and continuously pushed the board for cash injection to support the sustainability of the business, it said. “Unfortunately, Mr. King and the other shareholders have declined MINT’s proposals and left it with no other viable option than to appoint administrators to the business.”

New York-based fund Knighthead Capital Management told administrators that it is ready to refinance all outstanding loans owed to Minor International, Sky News reported earlier on Wednesday without saying where it got the information.

The FRP representative declined to comment on Knighthead’s involvement. A spokesperson for Corbin & King didn’t immediately reply to requests for comment. A representative for Knighthead didn’t return emails sent outside U.S. business ours.