The collapse of U.K. tour operator Thomas Cook Group Plc will be to the detriment of some stocks, but the benefit of many others.

Shares of rival TUI AG surged as much as 11 per cent in London, while online peer On The Beach Group Plc gained as much as 6.3 per cent, boosted by the prospect of reduced industry capacity. Budget airlines also rose, though one decliner was Webjet, the Australian travel group which has a hotel sourcing deal with Thomas Cook.

“The effects will be felt across the sector, not all bad,” Neil Wilson, chief market analyst at Markets.com, said in emailed commentary. “Airlines are firmer today as they should feel the benefit from the abrupt loss of short-haul capacity.”

Bernstein analyst Richard Clarke sees the potential for several other tour operators collapsing, though predicts TUI will be among those that benefit from the shake-out. 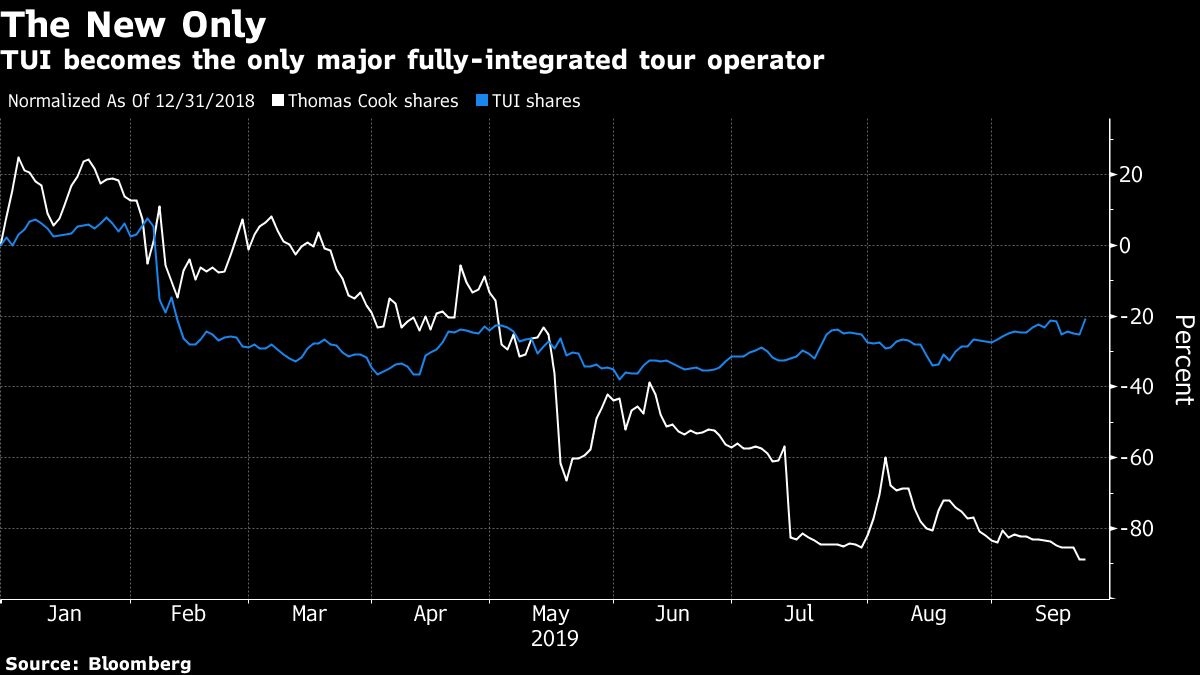 Here’s a round-up of stocks affected by Thomas Cook’s collapse: