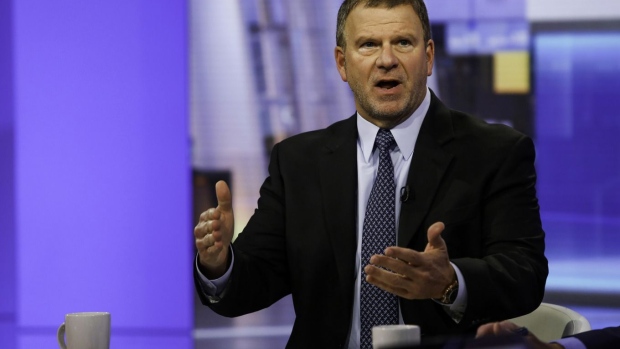 (Bloomberg) -- Tilman Fertitta is attempting to pull out of an $8.6 billion blank-check deal to take his restaurant and casino empire public, prompting threats of legal action from the merger partner.

The Houston-based billionaire’s general counsel sent a letter Dec. 1 to Fast Acquisition Corp., a special purpose acquisition company formed last year, saying that Fertitta Entertainment Inc. would terminate the proposed transaction because it hadn’t closed by an agreed-upon date, according to a regulatory filing Thursday.

Fast Acquisition said in response that Fertitta Entertainment couldn’t end the deal because it was the cause of the delay. Among the reasons, the company said Fertitta hadn’t provided financial statements until July that were due no later than March 31.

“Accordingly, the purported notice is invalid, unenforceable, of no legal force and effect and is hereby rejected,” Fast Acquisition’s chief financial officer, Garrett Schreiber, said in its response letter.

Schreiber went on to say Fertitta’s move will cause Fast Acquisition “irreparable injury,” and that it intended to take all necessary steps to protect the business. “You are hereby placed on notice of breach and that should your breach not be immediately remedied, we intend to initiate litigation.”

Fertitta Entertainment said in a statement to Bloomberg Thursday that the blank-check agreement allowed either side to end the deal if it did not close by Dec. 1. While both sides tried to fulfill their obligations, regulatory approval didn’t come until Nov. 24, which made it impossible to close on time. Fertitta Entertainment said the termination will not impact the pending sale of its Golden Nugget Online Gaming Inc. to DraftKings Inc.

Fertitta, who also owns the Houston Rockets basketball team, announced in February that he planned to take his casino and restaurant businesses public through the SPAC. His business, Fertitta Entertainment, owns the Landry’s seafood chain, the Morton’s steakhouses and the Golden Nugget casinos, among other brands.

Fertitta in June expanded the deal to add additional businesses.

Fast Acquisition is part of a wave of SPACs that raise cash and look for companies to buy. Its backers include Sandy Beal, founder of the Ruby Tuesday chain.