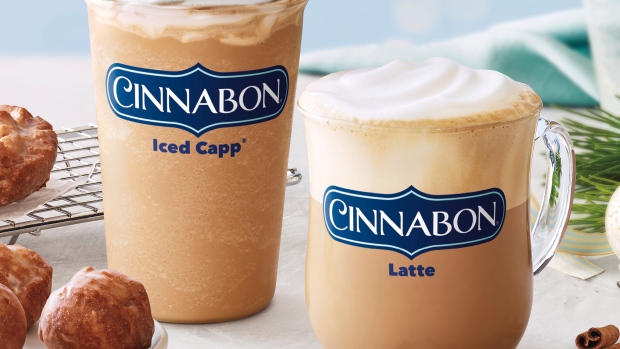 Tim Hortons began ramping up its holiday marketing campaign in the United States Thursday with new seasonal menu items – just one day after a renowned activist investor voiced his displeasure with the brand.

The coffee chain’s new American holiday offerings include festive baked goods and stackable cups featuring a snowman and a gingerbread man, a Cinnabon latte,  and ugly sweater koozies,  which are meant to “spread holiday humour and cheer,” according to the company.

“We are thrilled to ring in the return of the holidays with limited-edition holiday Koozies, seasonal cups, handcrafted beverages and baked goods,” Stephen Goldstein, regional president at Tim Hortons U.S. said in a release.  “We look forward to brewing holiday cheer all season long.”

The lack of success of Tim Hortons’ promotional items is one of the reasons drawing jeers from activist investor Bill Ackman.

Ackman said that while Tim Hortons’ parent company Restaurant  Brands International (QSR.TO) "remains a compelling value" amid earnings growth in the third quarter, the chain’s same-store sales were “roughly flat as customers have been slow to try the espresso-based drinks and new offerings on the lunch menu that were introduced at the end of the quarter.”

“We believe sales in recent quarters have also been negatively impacted by the recent public dispute with a group of franchisees,” he added.

In recent months, Tim Hortons has introduced a number of new product offerings – mostly in the U.S. – including the Buffalo Latte, and a slew of Canadian-inspired treats such as the Maple Bacon Iced Capp, the Poutine Donut and the Maple Timbit.