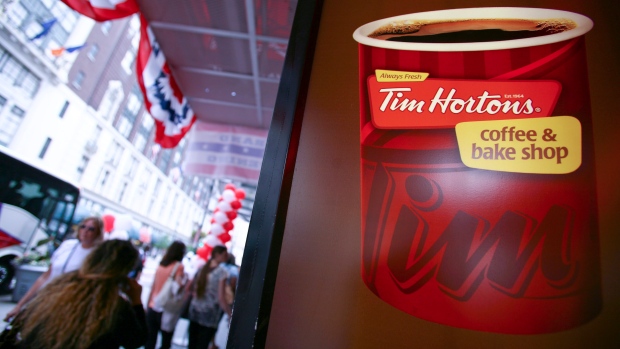 Weeks after achieving a breakthrough in two class-action lawsuits with restive Canadian franchisees, Tim Hortons and its parent company are facing a fresh legal fight with a Minnesota-based franchisee over accusations of price-gouging and misleading statements.

“This matter is about broken promises, unfulfilled contractual expectations and false and misleading statements and omissions,” reads a complaint filed on behalf of Tim-Minn Inc. against Tim Hortons USA Inc. and Restaurant Brands International in the U.S. district court for the district of Minnesota Wednesday.

Tim-Minn Inc., a previously inexperienced franchisee, entered into an agreement with the two entities to develop more than 280 of the coffee-and-doughnut chain stores in the state where there were previously none. By the time Tim-Minn filed the lawsuit, it had opened 14 locations.

The company invested millions of dollars into the venture and can no longer operate it due to the actions of Tim Hortons and RBI, according to court documents.

“This lawsuit address a flawed and deceptive economic model manipulated by those in control of the franchise system for their own self-serving gain,” the complaint reads.

None of the claims have been proven in court.

RBI clearly disagrees with the operator's point of view, wrote spokeswoman Jane Almeida in an email, adding it is not the company's practice to comment on such individual action.

“This is an issue of a restaurant operator in the U.S. who says he did not find success with a proven business model that thousands of others in Canada have already succeeded with,” she wrote.

“We will seek to resolve this in our normal course dealings with him or by asking the court to enforce the franchise agreement he knowingly agreed to.”

The plaintiff's complaint includes 10 separate counts and is seeking a trial by jury. The plaintiff is asking for monetary damages, legal fees and any other relief the court wants to grant in this matter.

Tim-Minn alleges the company made false and misleading representations to induce it into the franchise agreement and caused the plaintiff to invest “a substantial amount of money, time and effort into building out” the chain in Minnesota. But the plaintiff never saw the anticipated income that Tim Hortons USA's financial disclosures showed “because those numbers were flawed, incomplete and lacked crucial variables,” the document alleges.

The company also allegedly “charged objectively unreasonable markups” on mandatory purchases of at least dozens of items. Tim Hortons USA charged Tim Minn $104.08 more per case of applewood bacon, and $23.85 more for boxes of diet and regular Coke, for example, than Wendy's franchisees, according to court documents.

Those are the same figures provided in a lawsuit filed last year by a group of U.S. Tim Hortons franchisees that also alleged RBI raised the prices of necessary products and services to “significantly above” open market prices. At the time, an RBI spokesperson said the lawsuit “does not reflect all the facts.”

The company recently made a significant step toward reaching a settlement in two class-action lawsuits from a group of Canadian franchisees. The company and The Great White North Franchisee Association submitted a term sheet to a judge earlier this month outlining the key points they've agreed to in a future settlement in the two cases.