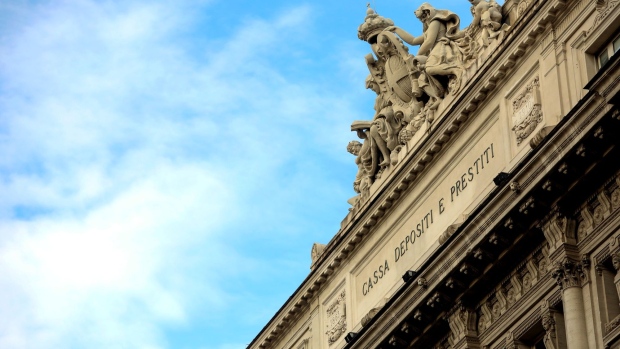 The Cassa Depositi e Prestiti SpA headquarters in Rome, Italy, on Wednesday, Dec. 30, 2020. Italy’s interventionist economic policy is adding to the strains within the governing coalition and could even put Prime Minister Giuseppe Conte’s administration at risk, a senior government official said. , Bloomberg

Lo Piccolo, 46, will join BofA to strengthen its investment banking division, people with knowledge of the matter said. He will be named senior managing director with responsibility for Italian capital markets, the people said, asking to not be named because the process is private. The decision to leave the Italian lender was taken in April, according to some of the people.

The banker will be based in Milan and report to country head Antonino Mattarella. Representatives for BofA and Cassa Depositi declined to comment.

Over the last two years, Cassa Depositi has increased its influence over strategic sectors including telecommunications, transportation and exchange management. It expanded its stake in Telecom Italia SpA, engineered the sale of stock-exchange manager Borsa Italiana, and became the largest shareholder in digital payments giant Nexi SpA.

With 512 billion euros ($623 billion) in assets, Rome-based Cassa Depositi is bigger than most of Italy’s banks and has significant stakes in many of the country’s largest companies. Last month Draghi named Dario Scannapieco to run the state-backed lender, putting a long-time ally into one of Italy’s highest-profile corporate posts and paving the way for a significant policy shift at the firm.

Lo Piccolo started his career at Merrill Lynch in 1998 in London, where he worked with UniCredit CEO Andrea Orcel. He joined Cassa Depositi in 2019, having previously worked at Deutsche Bank AG and Citigroup Inc. The banker graduated from Bocconi University with a degree in Economics and Business Legislation.

(Updates with decision of timing in second paragraph.)