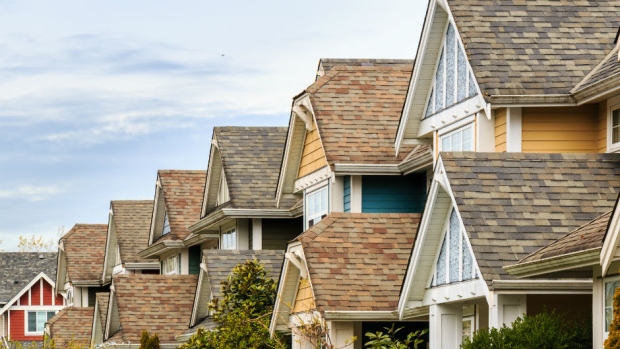 James O'Sullivan said the Toronto housing market is one that policy-makers should be most concerned about these days, given prices that have risen by nearly 30 per cent over the last year.

"Double-digit price increases are not sustainable and they're not healthy," O'Sullivan said after Scotiabank's annual general meeting.

"This market has been going straight up for a very long time. So it's going to come to an end at some point and it's a question of how it ends. And we want to see it correct smoothly, we want to see a soft landing and what that would argue for is actions sooner rather than later."

Experts have suggested various ways of cooling the city's real estate market, such as a levy on speculators and a tax on foreign buyers. B.C. implemented a tax on foreign nationals who purchased property in Metro Vancouver in August, and prices have slipped since.

O'Sullivan said Scotiabank (BNS.TO) hasn't developed a position yet on what measures should be implemented, but if there's government action, the bank will support it.

"Our core belief is that we need to move through this spring market. The spring market is everything in housing," he said.

"If at the end of that spring market Toronto still has higher volumes, strong double-digit price increases, then we think it will clearly be time for further action and we will be supportive of that action."

Politicians at various levels have been scrambling trying to figure out what to do to curb housing costs in Toronto that have accelerated to the point where many say they feel priced out of the market.

The average price of homes sold in the Greater Toronto Area in February soared 27.7 per cent compared with the same month a year ago, with the average selling price of all types of homes hitting $875,983. The average price of a detached home in the city of Toronto shattered the $1.5 million mark that month for the first time -- higher than Vancouver.