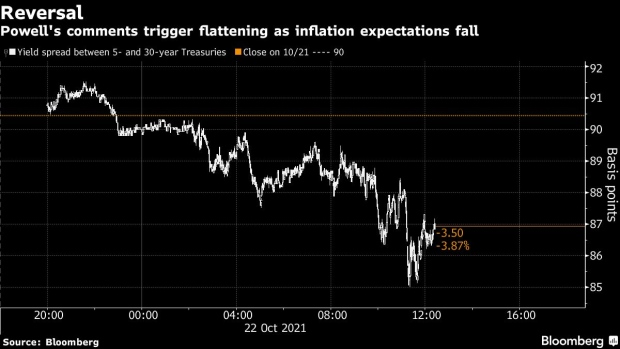 The two-year yield, more closely tied to Fed policy, briefly rose to 0.488%, the highest level since March 2020, pricing in higher odds the central bank will raise rates next year. As longer-maturity yields declined, the gap between the 5- and 30-year collapsed to about 85 basis points, within a basis point of its lowest since April 2020.

Powell also said it was time for the Fed to taper asset purchases but too soon to raise rates. He spoke Friday during a panel discussion at a virtual event hosted by the South African Reserve Bank.