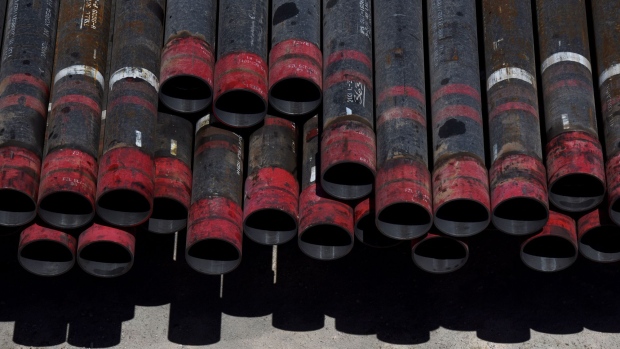 A notice of potential U.S. regulatory action proved no deterrent for investors piling into the world’s biggest oil exchange-traded fund.

The United States Oil Fund ETF, ticker USO, posted its largest one-day inflow since April last week even after the Securities and Exchange Commission recommended enforcement action against the fund and its management for disclosures made during market turmoil this year.

Investors plowed US$414 million into USO in a single day, according to data compiled by Bloomberg, handing the product its first weekly inflow in four months.

USO is under fire for its communication after it dramatically reshuffled the mix of futures contracts it tracked amid the historic oil selloff, and a filing on Friday said the U.S. Commodity Futures Trading Commission has also issued a notice of intended action. But despite the twin regulatory threats, it remains a hugely popular choice for investors looking to play the crude market. 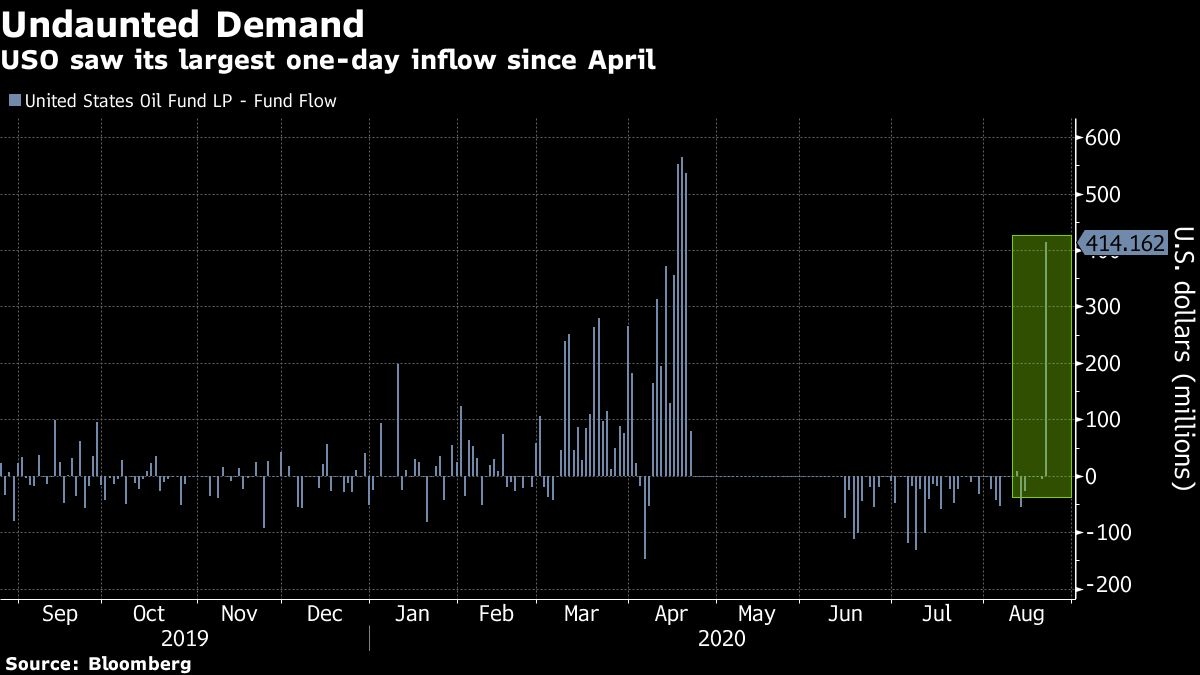 “There simply aren’t many other options,” said Nate Geraci, president of investment-advisory firm the ETF Store. Plenty of sophisticated institutional investors use the product, and they “clearly understand the makeup of this fund and aren’t dissuaded by the SEC’s and CFTC’s recent actions,” he said.

With US$4.6 billion in assets and a 0.72 per cent expense ratio, USO is larger and less expensive than the second-biggest oil ETF, the US$1.3 billion ProShares Ultra Bloomberg Crude Oil ETF, a leveraged product charging 0.95 per cent.

USO was forced to issue six disclosures in less than two months announcing changes to the fund’s investment strategy and temporarily halted new share creations as volatility upended the oil market in March and April. While the ETF has surged 78 per cent since then, it’s still down more than 70 per cent year-to-date. It rose 0.5 per cent on Monday.

A Wells notice is neither a formal charge of wrongdoing nor a final determination that any law has been violated, and in the eyes of Todd Rosenbluth at CFRA Research, it’s unlikely to spur an exodus from the fund.

“USO remains a go-to vehicle for investors seeking to trade the future price of oil despite the risks and the changing exposure,” said Rosenbluth, the head of ETF and mutual fund research. “The Wells notice is not giving them pause as one might expect.”