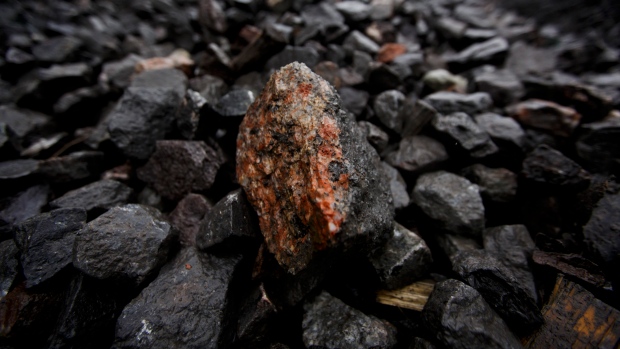 President Donald Trump has found a trade fight he doesn’t like.

After disrupting global markets by imposing tariffs on steel, hundreds of billions of dollars worth of Chinese goods and even washing machines and solar panels, Trump has decided against putting a cap on uranium imports, at least for now.

The move deals a blow to domestic uranium miners, while freeing the nation’s already-struggling nuclear power industry from the prospect of higher fuel costs.

The administration is working to identify other available options, according to people familiar with the situation, who asked not to be identified because the information isn’t public. The U.S. Commerce Department began an investigation in July 2018 after two domestic companies -- Energy Fuels Inc. and Ur-Energy Inc. -- called on the government to impose a limit on the amount of uranium that U.S. nuclear plants are sourcing abroad.

Trump made international trade one of his key campaign issues and famously referred to himself as “tariff man” when discussing one of his favorite strategies. 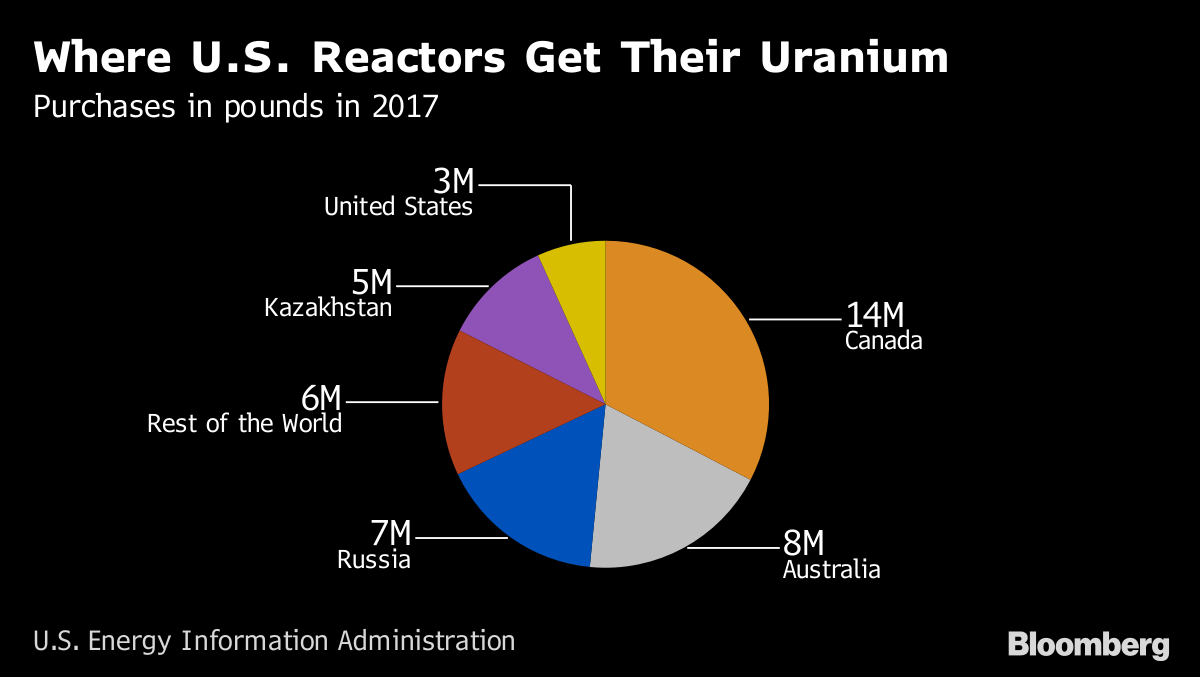 While Trump has aided the domestic steel and aluminum industries with tariffs, those companies have lots of workers in states like Ohio, Michigan and Pennsylvania, which were critical in his 2016 electoral victory and will continue to be during his 2020 re-re-election bid. By comparison, the struggling uranium industry employs far fewer voters.

But when it came to uranium, the case bumped up against another of his pet issues: nuclear power. Trump has urged the Energy Department to develop policies to support the industry, which is struggling to remain competitive against an onslaught of cheap natural gas.

The agency’s review -- which Trump was due to act on early as Saturday -- was controversial from the start, with the nuclear industry warning that a limit could raise the costs of running reactors that supply a fifth of the nation’s electricity.

More than 90 per cent of the industry’s uranium fuel supplies are sourced abroad, U.S. government datashow. Restricting imports would have also run contrary to the Trump administration’s previous efforts to bail out nuclear plants facing early retirement because of cheaper natural gas and renewable energy resources.

Shares of Energy Fuels and Ur-Energy plunged on the news, falling 46 per cent and 36 per cent, respectively. In their petition, the companies said government-subsidized production of the fuel overseas was hampering U.S. miners’ ability to compete globally.

Executives from the two companies, who said they have not yet seen an official decision, warned that the ruling may mean the demise of the entire domestic industry. U.S. companies aren’t producing enough uranium to power even one nuclear reactor, said Mark Chalmers, chief executive officer of Energy Fuels. Prices are currently in the mid-US$20s, and they need to see that higher than US$50 a pound before it makes sense to increase production.

“We have essentially surrendered the entire fuel cycle to China and Russia,” said John Cash, vice president for regulatory affairs at Ur-Energy.

The Commerce Department investigated the case under Section 232 of the 1962 Trade Expansion Act, which allows for duties without a vote by Congress if imports are deemed a national-security threat. It was the same law the Trump administration used to slap tariffs on steel and aluminum imports. The findings of Commerce’s report, which was submitted to Trump in April, remains confidential.

Canada is the largest exporter of uranium to the U.S., accounting for 35 per cent of all imports, the Energy Information Administration said, citing 2017 data. Australia, Russia and Kazakhstan are also big suppliers.

Uranium prices have slumped since the 2011 Fukushima disaster led big buyers including Japan and Germany to shut reactors. Compounding the problem was a global supply glut that prompted Kazakhstan, the world’s biggest producer, to cut back in 2017. Canada’s Cameco Corp., the top North American supplier, followed suit.

Uranium accounts for about 20 per cent of nuclear operators’ costs, according to the Nuclear Energy Institute, though most utilities have uranium supplies contracted through 2020 or 2021.