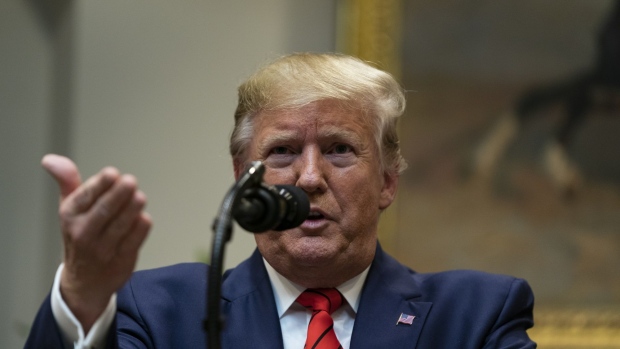 (Bloomberg) -- The prospect of a recession may force the U.S. to abandon its toughest demands on China, according to one of Asia’s best-known private equity investors.

As the two global superpowers resume their trade talks, China is unlikely to make concessions to the extent demanded by President Donald Trump, and the U.S. will probably soften its approach, said Shan Weijian, chief executive officer of Hong Kong-based PAG, which manages more than $30 billion for institutional investors globally.

“Although China’s economic growth has slowed, the tariffs have hit U.S. consumers harder” than they’ve hurt China, Shan wrote in an article for a forthcoming issue of Foreign Affairs. “With fears of a recession around the corner, Trump must reckon with the fact that his current approach is imperiling the U.S. economy, posing a threat to the international trading system, and failing to reduce the trade deficit that he loathes.”

Chinese and American negotiators are set to start meeting again Thursday in Washington for the latest round of their so-far fruitless talks. If no agreement is reached, the already slowing global economy will face another hurdle, with the U.S. set to raise tariffs on China on Oct. 15 and then on the European Union three days later.

“China may be willing to budge on some issues,” such as further opening its market to U.S. companies, “but not to the extent demanded by the Trump administration,” Shan said in the article. “The prospect of a recession could provide Trump with the impetus to call off the trade war. Here, then, is one plausible way the trade war will come to an end.”

To contact the reporter on this story: Cathy Chan in Hong Kong at kchan14@bloomberg.net

To contact the editors responsible for this story: Candice Zachariahs at czachariahs2@bloomberg.net, Daniel Taub, Sam Mamudi