President Donald Trump slammed the Federal Reserve as “crazy” for its interest-rate increases this year in comments hours after the worst U.S. stock market sell-off since February.

“The Fed is making a mistake,” he told reporters on Wednesday as he arrived in Pennsylvania for a campaign rally. “They’re so tight. I think the Fed has gone crazy.”

Trump’s latest attack on the U.S. central bank appeared to blame the Federal Reserve for a stock rout that market analysts mostly attributed to fresh concern about his trade war with China. Trump has been publicly criticizing the Fed since July for interest-rate increases and declared he was “not happy” in September when the central bank raised rates for the third time this year.

Trump, who has frequently invoked rising stock prices as an affirmation of his economic policies, downplayed the significance of the market drop even as he pointed the finger at the Fed.

“I think it’s good,” Trump said of the stock decline. “Actually, it’s a correction that we’ve been waiting for for a long time. But I really disagree with what the Fed is doing." 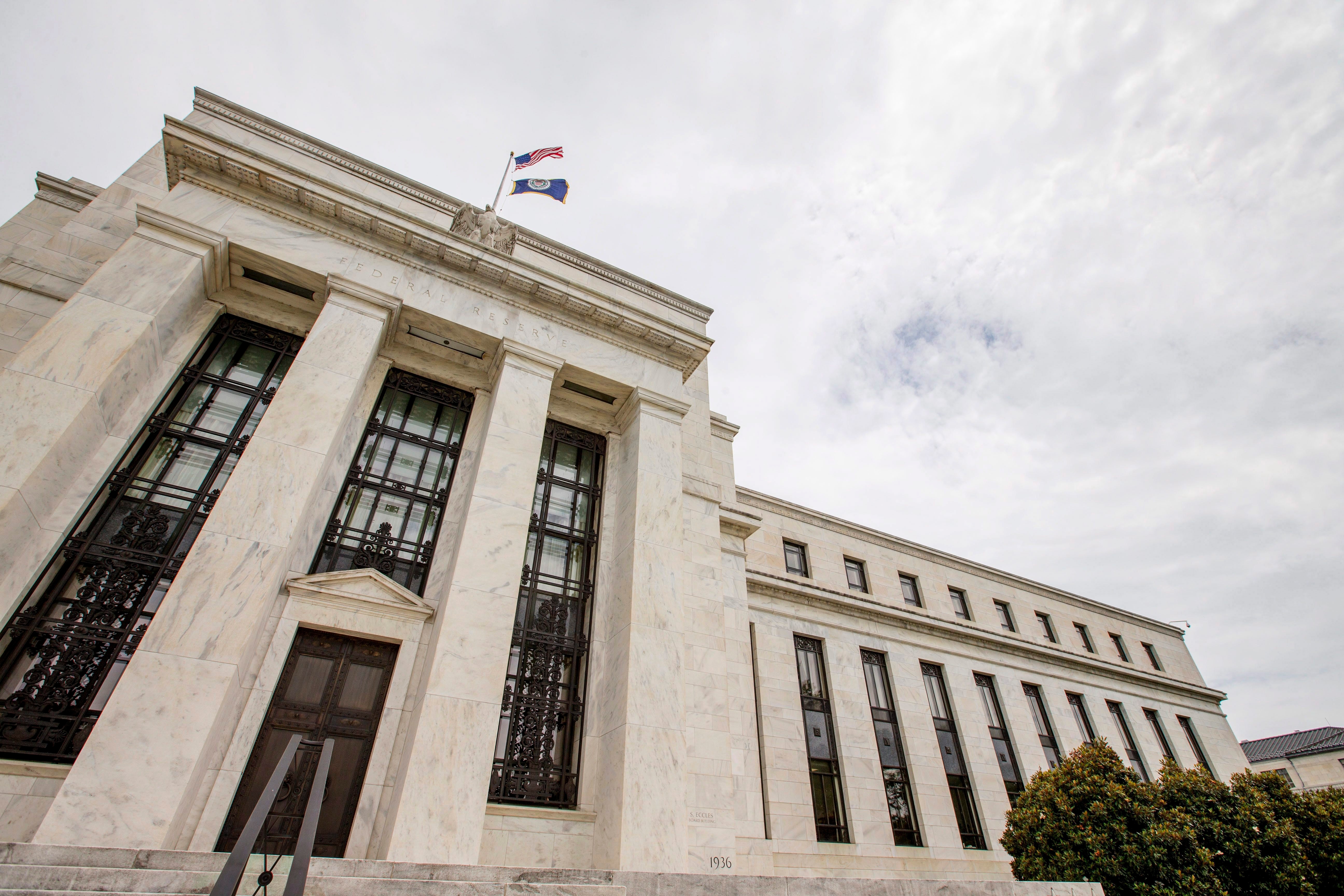 Do you agree with Donald Trump’s criticism of the Fed?

The broad U.S. stock market sell-off Wednesday took the S&P 500 to the lowest in three months, the Dow Jones Industrial Average plunged as much as 836 points and the NASDAQ 100 Index tumbled more than 4 percent for its worst day in seven years.

The sell-off came a day after the International Monetary Fund said the world economy is plateauing and cut its growth forecast for the first time in more than two years, blaming escalating trade tensions and stresses in emerging markets.

Trump has slapped tariffs on US$250 billion in Chinese goods this year, and Beijing has retaliated with levies of US$110 billion of American products. The IMF projections don’t take into account Trump’s threat to expand the tariffs to effectively all of the more than US$500 billion in goods the U.S. bought from China last year.

Trump’s public criticism of the Federal Reserve, whose chairman, Jerome Powell, Trump appointed, is a sharp departure from his recent predecessors. Presidents for more than two decades had avoided public comments on the Fed’s interest-rate policies as a way of demonstrating respect for the institution’s independence.

Powell’s goal is to extend the second-longest U.S. economic expansion on record by moving interest rates up just quickly enough to prevent overheating, but not so rapidly that the central bank chokes off growth. Powell said last week he expects to stick with the current path of gradual interest-rate hikes while monitoring risks in the economy.

Trump said Tuesday that the economy is enjoying “record-setting” numbers and “I don’t want to slow it down even a little bit, especially when we don’t have the problem of inflation.”

One reason why the Fed has been raising interest rates even with little sign of an inflation breakout is because the unemployment rate, which fell to 3.7 per cent in September, is at a level that many officials expect will cause wage and price gains to accelerate over time.

White House Press Secretary Sarah Huckabee Sanders said in a statement following the close of markets that the U.S. economy is “incredibly strong” despite the sell-off.

Trump was briefed on the market turmoil earlier in the day, a White House official said. He has repeatedly criticized the central bank for raising interest rates this year, decisions aimed at preventing the economy from overheating.

“The fundamentals and future of the U.S. economy remain incredibly strong,” Sanders said in a statement. “President Trump’s economic policies are the reasons for these historic successes and they have created a solid base for continued growth.”

During an event earlier Wednesday amid the sell-off, Trump and his top economic adviser, Larry Kudlow, said they believed the American economy was robust. “It is doing well,” Trump said.