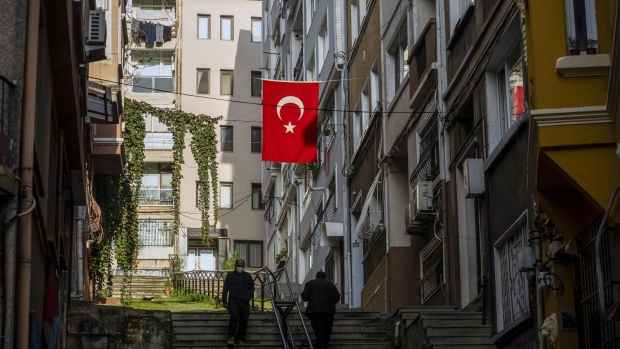 Foreign nationals can become Turkish citizens provided they purchase real estate worth at least $400,000, according to a regulatory change published in official gazette on Friday. Previously, the threshold was $250,000. The money must be deposited in a Turkish bank, which will then sell it to the central bank in exchange for liras.

The change will apply from June 13, said Ali Kemal Gurdal, who heads a construction company in the southern province of Antalya that focuses on foreign clients. “Over the past few months we’ve already seen a surge in interest, especially from Russians and Ukrainians,” Gurdal said by phone.

Turkish banks have started to open ruble accounts, which has helped sales, Gurdal said. Other nations, including the United Arab Emirates, have seen a jump in property purchases by Russians as their wealth is threatened by sanctions imposed over Moscow’s war on Ukraine.

Foreign nationals purchased 14,344 homes in Turkey in the first quarter, a rise of 45% from a year earlier. Buyers from Iran, Iraq and Russia filled the top three spots.

Turkey Real House Prices Rise Most in More Than 11 Years

A group of opposition lawmakers submitted a motion to parliament last month demanding a ban on property sales to foreigners, at least temporarily. Sozcu newspaper cited Mehmet Guzelmansur, one of the lawmakers, as saying the sales were helping drive up home prices.