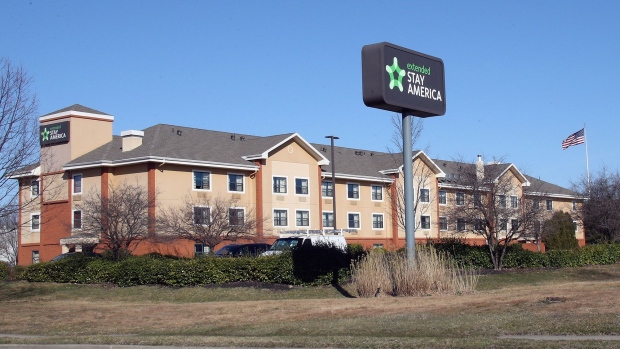 (Bloomberg) -- It turns out it’s not just some of Extended Stay America Inc.’s top shareholders who oppose its proposed $6 billion takeover. Two of the company’s own directors are against it as well.

Extended Stay disclosed in a regulatory filing late Tuesday that while the majority of the board approved the deal with Blackstone Group Inc. and Starwood Capital Group, Neil Brown and Simon Turner opposed it, saying the $19.50-a-share price was insufficient, and below similar transactions in recent years.

They were also concerned about the timing of the deal in light of a recent rebound in hotel stocks, and the potential for further recovery with the U.S. stimulus plan and increasing Covid-19 vaccinations, the filing shows.

Turner was of the belief a transaction below $20 a share was inappropriate, and also was concerned about changes to the termination fee that were made in order for the buyers to raise their bid to $19.50 a share from $19.25, according to the filing.

Extended Stay has two boards, one for the C-Corp and one for the real estate investment trust. Both Brown and Turner sit on the REIT board, according to the company’s website.

“We are dismayed that the board would approve such an obviously inadequate price and shocked that the board did so over the objection of two of its own members,” Tarsadia said in an emailed statement.

Collectively, the investors own roughly 13% of Extended Stay’s outstanding common stock, according to data compiled by Bloomberg.

Representatives for the other opposing investors weren’t immediately available for comment. A representative for Blackstone and Starwood declined to comment.

Extended Stay defended its decision to sell, arguing the deal would provide immediate, certain and compelling value for shareholders.

“The company ran a thorough, rigorous and thoughtful process, which included a careful consideration of the alternatives available,” a spokesperson said in an email Tuesday. “I would note that the company has thoughtful and independent board members, and paid careful attention to the points raised by the two dissenting directors. However, after detailed discussions, the boards ultimately concluded that the immediate cash certainty at a premium to the valuation over multiple time periods was in the best interest of shareholders.”

Michael Bellisario, an analyst with Robert W. Baird & Co., said in a note to clients it was “intriguing” that two board members oppose the transaction, and that shareholders seeking a sweetener are likely to focus on this. But he said a voted-down deal would be a “lose-lose-lose” for investors because the company would likely trade back to $16 a share.

Blackstone and Starwood agreed last month to acquire Extended Stay in a 50-50 joint venture in what would be the biggest deal in the hotel industry since Covid-19 decimated the travel business. The filing Tuesday shows that talks between the parties were on and off since 2017, and that at least two other undisclosed potential buyers had expressed interest over the years.

Investor Tarsadia had also discussed potentially participating in a transaction with Extended Stay beginning in August 2020, the documents show.