More energy suppliers are likely to collapse as a result of the recent extreme volatility in gas markets, the latest sign that the crisis in the U.K. is worsening.

Ten companies have already failed since the start of August and the exodus isn’t over yet, according to U.K. Business Secretary Kwasi Kwarteng. A blistering rally caused by concerns about the availability of winter supplies has given way to huge price swings that saw Dutch and U.K. gas futures surge 60 per cent in just two days before falling. Britain’s grid operator has tried to calm the market saying its modeling shows the nation will be able to secure enough gas. 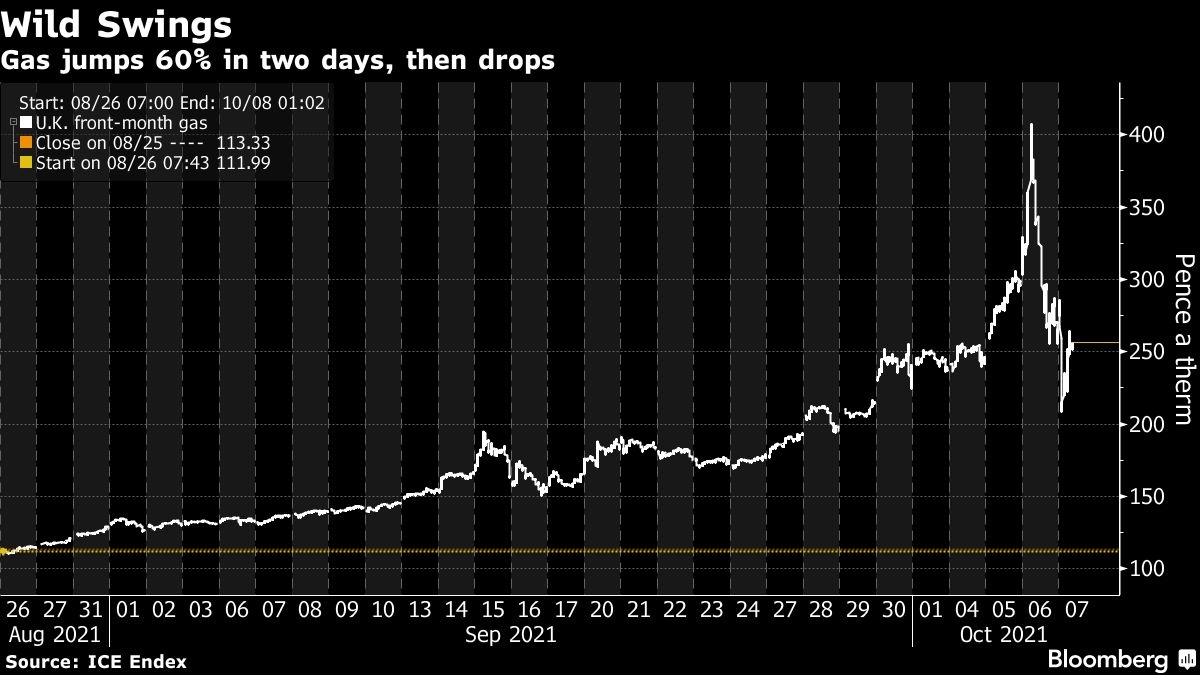 Consumers need to continue to be shielded from the “exorbitant price spikes” in natural gas markets, Kwarteng told an energy industry meeting Thursday. “It’s going to be a very difficult time.”

For now, the regulator Ofgem is finding new suppliers for the customers of failed companies, a tool that is working effectively, Kwarteng said. But there are signs that this system is coming under strain with larger suppliers warning that they are reaching the limit of their ability to take on loss-making customers.

The significant upward pressure on gas prices is likely to continue and the market needs to brace for further shocks, Ofgem Chief Executive Officer Jonathan Brearley said at the same conference in London. The crisis shows that the energy market will need to be regulated differently in future, he said.

The government has also said that the U.K. price cap, a limit on default tariffs for householders, will stay in place. One analysis firm warned Thursday that this could increase 30 per cent at the next calculation due to be announced in February, adding to pressure on household budgets.

Earlier this week, Kwarteng and Prime Minister Boris Johnson announced that the U.K. will have phased out fossil-fuel power generation by 2035. The move will strengthen the country’s energy independence, Kwarteng said, echoing increased government rhetoric about needing to move away from gas from other countries such as Russia.

“The recent issues with the volatility of the gas price, an incredible spike and falling back, show uncertainty in market and shows why we need to vigorously pursue our climate goals,” Kwarteng said.