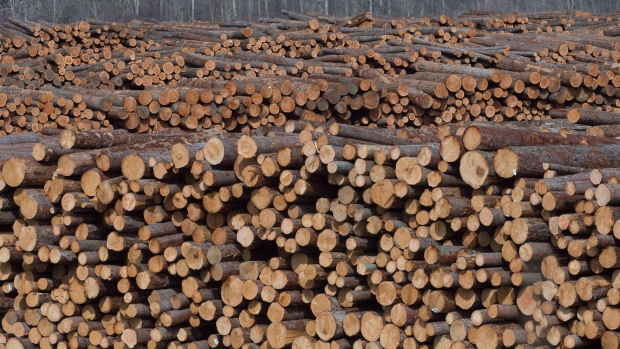 Softwood lumber is pictured at Tolko Industries in Heffley Creek, B.C., on April, 1, 2018. , The Canadian Press

OTTAWA - International Trade Minister Mary Ng says it is extremely disappointing that the United States has decided to appeal a World Trade Organization ruling against its softwood-lumber duties, particularly because the U.S. is making it impossible for that appeal to be heard.

The WTO ruled in August that the U.S.'s import duties on Canadian softwood violate international trading rules because the U.S. cannot prove that Canada is unfairly subsidizing its softwood producers by undercharging for wood coming off government land.

Ng says the U.S. decision to appeal is confusing since earlier this year the U.S. decided that the WTO appeal body did not need to exist.

Complaining that the WTO group has been making decisions beyond its jurisdiction, the U.S. has refused to appoint new members, leaving it without enough people to operate.

Stephen de Boer, Canada's permanent representative at the WTO, told a dispute-settlement meeting Monday that the U.S. refused an arbitration offer by Canada and its appeal to a body the U.S. has rendered defunct is denying Canada any chance to fight the duties.

De Boer says the U.S. has collected almost $3 billion in illegal duties from Canadian softwood producers since they were introduced in 2017.