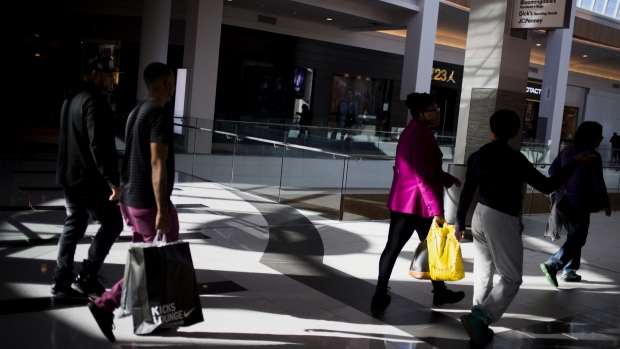 U.S. consumer comfort bounced back to a five-week high as assessments of personal finances reached the second-highest level since 2000, offering hope American households can continue to fuel the economic expansion.

The Bloomberg Consumer Comfort Index rose to 63.4 in the week ended Aug. 31 from 62.5 the week prior, according to data released Thursday. All three main components improved, with the gauge of personal finances also reaching a five-week high and the buying climate index posting its best reading in four weeks.

The report leaves a mixed picture of sentiment this quarter. The Conference Board’s monthly measure showed Americans’ assessment of current conditions climbed in August to its highest level in almost 19 years, while the University of Michigan sentiment gauge fell the most in six years.

The weekly comfort measure on views of the economy increased to a four-week high of 64.3. From a regional perspective, confidence picked up in the Northeast and South, was little changed in the Midwest and cooled in the West.