There’s a lot of weight on the shoulders of shoppers around the world, and the strain is starting to show.

As threats to demand ranging from U.S.-China trade tensions to Brexit hit business confidence and investment, consumers are proving the main drivers of global growth. JPMorgan Chase & Co. reckons global retail sales volumes charged ahead at a rate of 4.8 per cent in the last quarter, buoyed by still-tight labour markets. 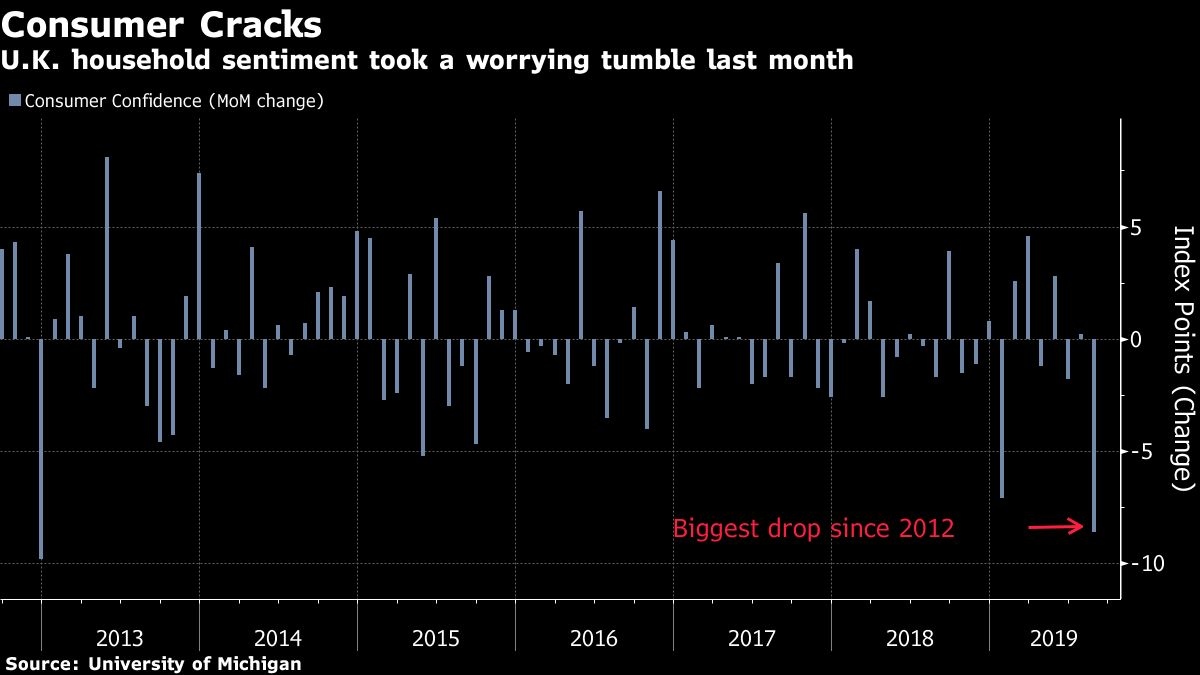 But there are signs that could soon change, as weakness in manufacturing seeps into hiring, and financial markets tighten amid the trade war. Both forces could lead households to retrench, fanning fears that the world economy is heading to recession. Morgan Stanley economists are already warning that American consumers are all that stand in the way of a U.S. contraction.

“It would be misguided to believe that manufacturing weakness is not going to filter through to the rest of the economy,” even though factories are a relatively small share of U.S. output, said Gregory Daco, chief U.S. economist at Oxford Economics.

A big warning came last week, when concerns about tariffs and inflation helped push down the University of Michigan U.S. sentiment index by the most in almost seven years.

If that’s the start of a new fault line in the global economy centered on consumers, that spells deeper trouble ahead for world growth.

A key risk is an unraveling of the solid labor-market story across advanced economies.

Surveys show employment at factories is falling around the world. Germany, at risk of recession, has seen initial signs of weakness in its labor market, U.K. sentiment is being battered by Brexit uncertainty, and Asian economies such as Korea and Indonesia have recorded declines in consumer sentiment. 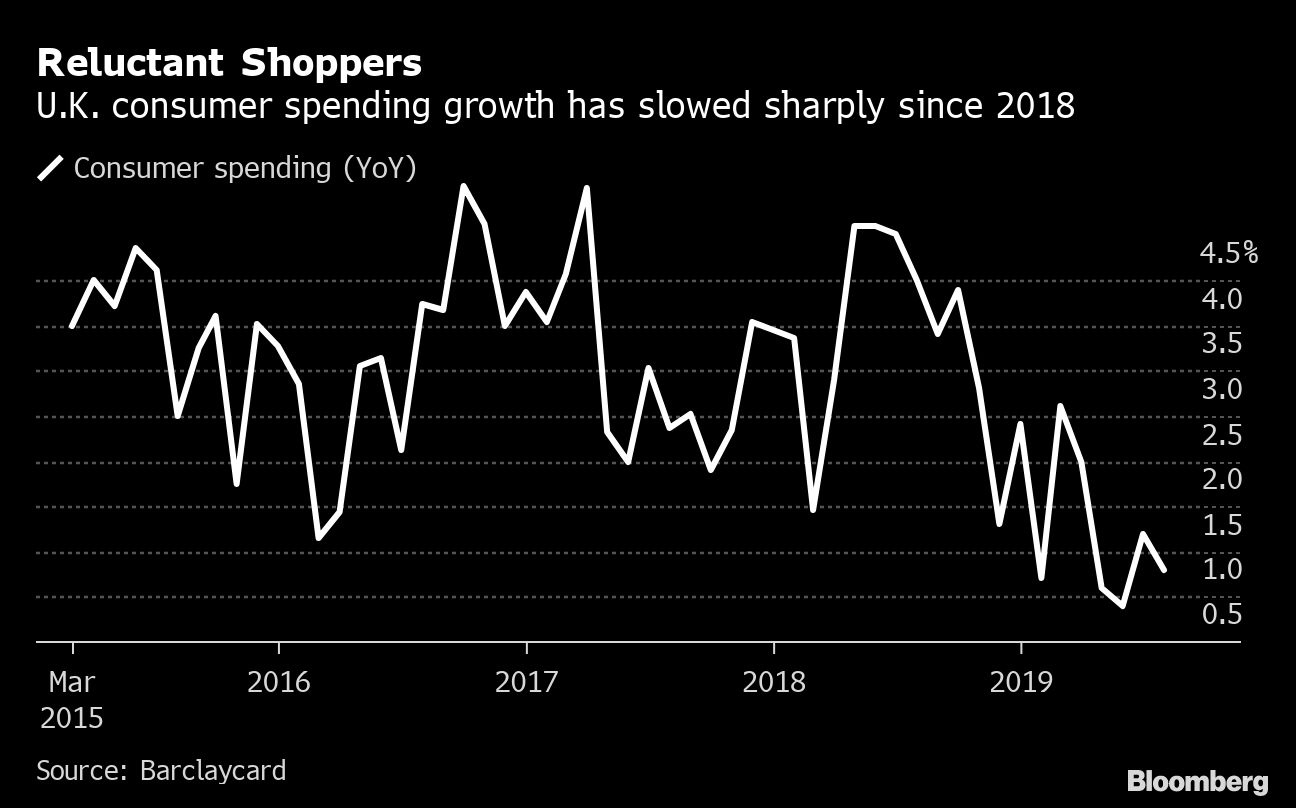 In the U.S., a key measure of factory employment from the Institute for Supply Management fell in August to a three-year low, indicating manufacturers are cutting jobs, according to a report Tuesday. Monthly U.S. jobs figures from the Labor Department are due Friday.

“Consumer spending will be the main driver of growth in the second half, so barometers of household demand, such as sentiment, savings patterns and income growth, will be major focal points in the medium term. For this reason, the cooling in the ISM employment sub-index bears watching.”-- Carl Riccadonna, chief U.S. economist

For central bankers, the question is whether other parts of the economy can keep riding out the storm that’s been largely isolated in manufacturing, or is an infection inevitable. How they gauge that spillover threat could be central to how much stimulus they need to pump into their economies.

U.S. consumer spending rose 0.6 per cent in July, beating estimates, according to a report on Friday, following the best quarter in more than four years. In the euro area, retail sales are rising at about a two per cent year-on-year pace, slightly faster than the average in 2018.

But the situation could shift as the punches to the global economy keep coming with President Donald Trump’s escalation of the U.S.-China trade war, weaker corporate earnings, a manufacturing recession and Brexit.

In the U.S., the University of Michigan gauge showed how the trade war may have a psychological effect, with tariffs spontaneously mentioned by one-in-three consumers.

U.S. electronics retailer Best Buy Co. last week trimmed its guidance because of “general uncertainty related to overall customer buying behavior in the back half of the year.”

Pressured by a trade spat of its own with Japan, and ongoing labor-market weakness, Korea’s sentiment gauge fell in August to its worst level since the start of 2017. Unemployment at a 45-year high is seriously crimping consumption in India, where car sales plunged the most in almost two decades in July.

At its last policy meeting, the European Central Bank’s Governing Council noted weakening hiring intentions and “the question was raised as to how long the job market would still be posting positive surprises.”

That labor-market channel is one key route through which the slump in manufacturing could become a deeper downturn. In addition to industry job cuts, business services companies could lose contracts, also forcing retrenching. As the employment situation worsens, that hits households, who cut spending, pulling the legs from a huge pillar of support.

“You’re starting from a scenario of strong jobs growth,” said Andrew Hollenhorst, chief U.S. economist at Citigroup. “So you have this very strong bedrock part of the economy –- that’s the American consumer –- and then you have all kinds of downside risks around that.”

--With assistance from Tom Keene.