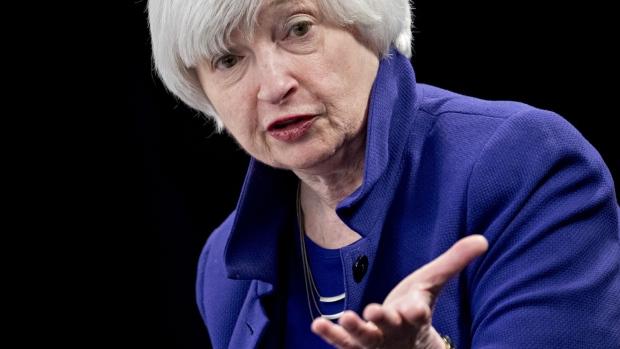 Investors may take Janet Yellen’s expected endorsement of a market-driven exchange rate as an additional green light for the U.S. currency’s long-term downtrend.

The U.S. Treasury Secretary-designate will affirm the U.S.’s commitment to a market-determined dollar value on Tuesday, the Wall Street Journal reported. The comments could fuel speculation authorities will not object to a softer greenback, which earlier this month fell to a two-year low against its major peers.

Investors are already doubling down on wagers that stand to profit if the currency weakens further, emboldened by an incoming Democratic administration that is prepared to unleash more fiscal stimulus to help the economy recover. The bets come despite a reprieve over the past few weeks that has driven the Bloomberg Dollar Index higher along with Treasury yields.

“We interpret Yellen’s view to mean the U.S. government is unlikely to stand in the way of an ongoing market-driven dollar depreciation,” said Rodrigo Catril, currency strategist at National Australia Bank Ltd. in Sydney. There’s “no challenge to the current dollar downtrend.”

Hedge funds boosted net short positions to the highest in nearly three years in the week through Jan. 12, according to data aggregated from the Commodity Futures Trading Commission. Meanwhile, they raised bullish bets on the pound to the most since October, and are wagering on the euro and the Australian and New Zealand currencies to rise. 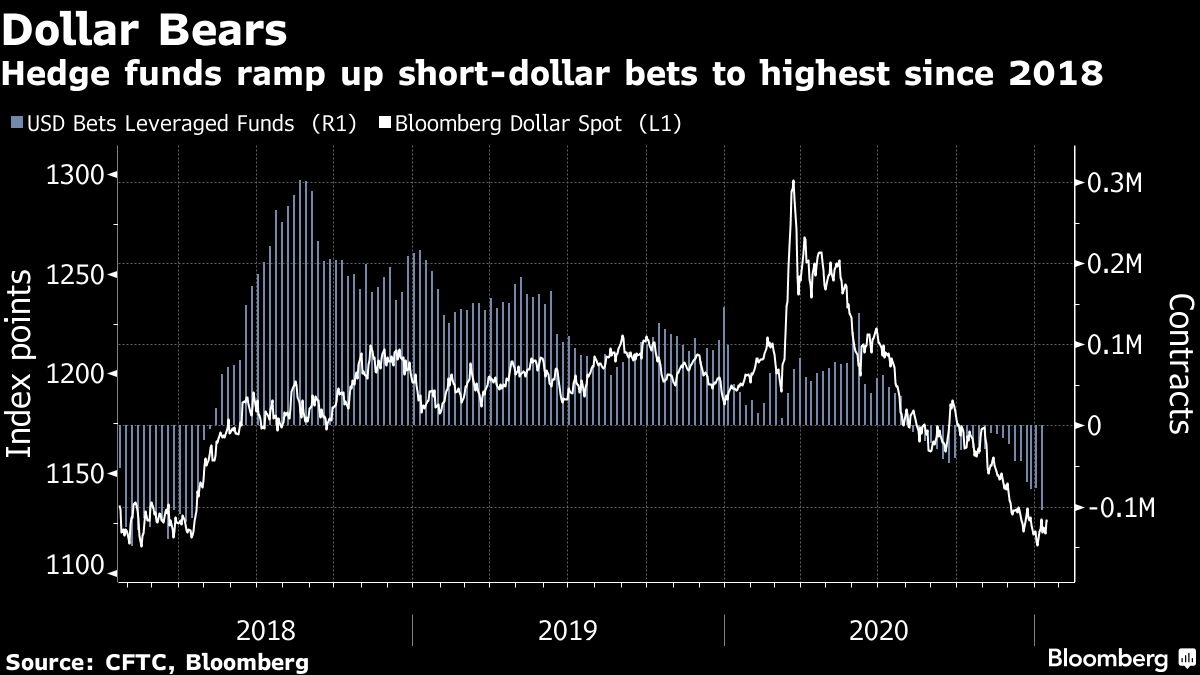 The U.S. adopted a policy of favoring a “strong” dollar in 1995. While the mantra evolved from one Treasury chief to another, no administration from then until the Trump years communicated, as the president did in 2017, that the dollar was “getting too strong.”

“This is not the same as the strong-dollar policy of the past,” Khoon Goh, head of Asia research at Australia & New Zealand Banking Group Ltd., said of Yellen’s expected upcoming remarks. “A commitment to market-determined exchange rates implies that the new administration will be comfortable with further dollar weakness.”

While the dollar’s recent gains have spurred talk of a sustained rebound, Goldman Sachs Group Inc. and investors in a Bank of America Corp. survey remain steadfast in forecasting a weaker greenback. The Bloomberg Dollar Spot Index has climbed more than 1% from a low in January, extending gains to touch a one-week high on Monday amid fading global risk appetite.

“We continue to believe that the combination of high dollar valuations, low nominal and real rates, and a rapid recovery in the global economy will weigh on the greenback throughout 2021,” Goldman strategists including Danny Suwanapruti wrote in a Jan. 17 note.

Options prices also suggest the bounce back in the dollar is in its final stages. The spread between one-year and one-month risk reversals, a gauge of market sentiment, has again turned negative -- a pattern that has preceded a fall in the spot market multiple times since September.

“The dollar is still likely to move lower over the course of the year,” Seamus Mac Gorain, head of global rates at JPMorgan Asset Management, said in an interview last week. “Many of the currencies which are more levered to global growth, particularly emerging market currencies” and the Aussie are set to strengthen, he said.

--With assistance from William Shaw and Vassilis Karamanis.