U.S. equity futures entered a holding pattern on Wednesday while European stocks and Treasuries slipped as investors prepare for the latest Federal Reserve meeting to conclude, with anticipation growing that policy makers will signal a readiness to lower rates.

Contracts for the three main U.S. gauges traded little changed while declines in real estate shares helped drag the Stoxx Europe 600 lower. Shares rose in Asia following the rally on Wall Street a day earlier, which was boosted when President Donald Trump tweeted he will sit down with Chinese President Xi Jinping at the G-20 summit next week. Hong Kong’s shares led the region, advancing 2.6 per cent. The yield on 10-year Treasuries rose toward 2.08 per cent, while that of Japan’s benchmark hit a three-year low. The pound gained for a second day.

As many of the world’s biggest central banks signal a shift to easier policy, traders are weighing that against trade war fears and signs of cooling global growth. Trump said Tuesday that he had a “very good” phone conversation with Xi. The two leaders will hold an “extended meeting” at the G-20 summit on June 28-29 in Osaka and “our respective teams will begin talks prior to our meeting,” Trump said on Twitter.

“At this stage, we are not getting as optimistic as maybe the stock market is about the headlines overnight,” Laura Fitzsimmons, executive director for rates and FX sales at JPMorgan Chase & Co., told Bloomberg TV in Sydney about the developments on trade. “Stock markets can run for a little bit longer but as we get closer to the event itself the risk of disappointment will again appear.”

Elsewhere, West Texas crude stabilized after OPEC and its allies agreed to hold the next meeting to discuss oil-output cuts on July 1-2, resolving a monthlong dispute that highlighted divisions within the group. The Turkish lira fell on a report the Trump administration is weighing new sanctions on the country over its purchases of the Russian S-400 missile-defense system. 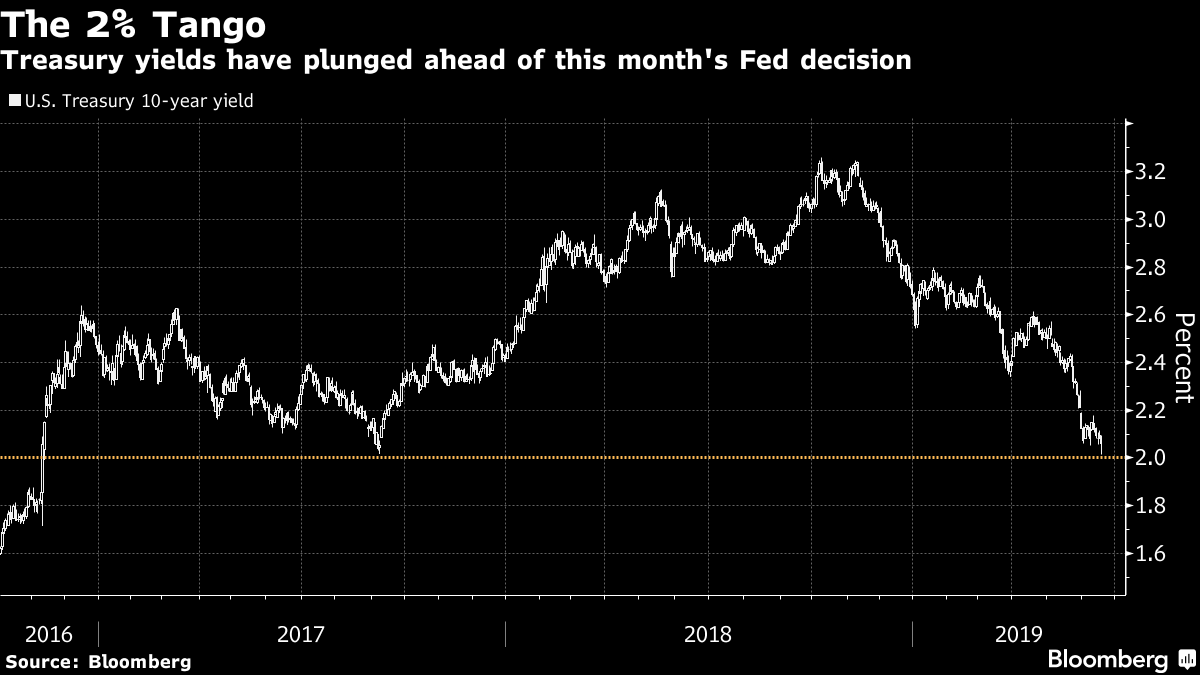 The Fed, Bank of Japan and Bank of England all set monetary policy, along with central banks in Norway, Brazil, Taiwan and Indonesia. The Fed’s two-day meeting ends Wednesday with a decision and press conference. Officials are expected to debate a rate cut to shelter the U.S. economy, in part, from the fallout caused by escalating trade disputes. Final May CPI data for Britain are due on Wednesday. U.K. retail sales are set for release on Thursday.

The Stoxx Europe 600 Index declined 0.2% as of 10:27 a.m. London time. Futures on the S&P 500 Index decreased 0.1 per cent. France’s CAC 40 Index dipped 0.1 per cent. Hong Kong’s Hang Seng Index surged 2.6% on the biggest jump in more than seven months. The MSCI Emerging Market Index gained 1.3 per cent, the highest in six weeks on the largest rise in more than a week.

--With assistance from Juliette Saly and Adam Haigh.