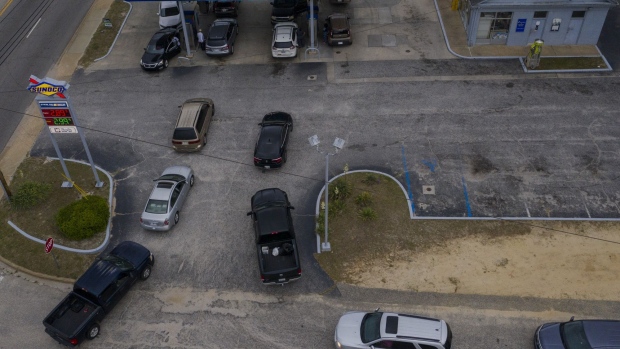 Vehicles line up for fuel at a gas station in Sumter, South Carolina, U.S. on May 11. Photographer: Micah Green/Bloomberg , Bloomberg

(Bloomberg) -- U.S. national average retail gasoline prices have risen above $3 a gallon for the first time since 2014, after a cyberattack shut operations at Colonial Pipeline, the main supply link for the East Coast.

The nation’s average retail price is now at $3.008 a gallon, according to motoring organization AAA. The pipeline’s shutdown has caused shortages at fuel stations around the Southeast.

Gasoline above $3 a gallon is often considered a trigger point for politicians, who are likely to take the opportunity to further debate energy policy in Washington.

Colonial has said it plans to substantially return the pipeline to service by the weekend.