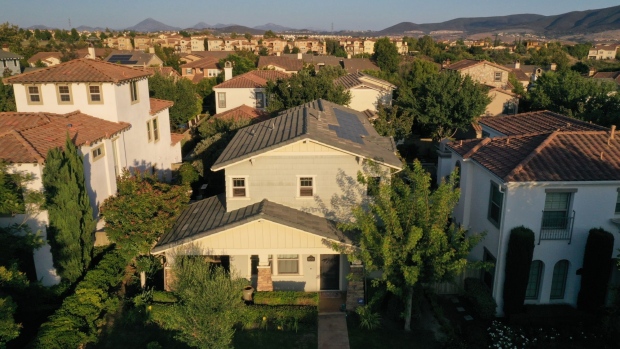 (Bloomberg) -- Mortgage rates in the U.S. surged, reaching 5% for the first time in more than a decade.

The average for a 30-year loan jumped from 4.72% last week, Freddie Mac said in a statement Thursday. The last time rates hit 5% was in February 2011.

Borrowing costs have been soaring since the start of the year, tracking the jump in yields for 10-year Treasuries. Last month, the Federal Reserve raised its benchmark rate and signaled more increases to come in an effort to slow inflation, which has accelerated to the fastest pace since 1981.

Higher mortgage rates are adding to pressure on would-be buyers in a market where purchase prices are still skyrocketing two years into the pandemic housing boom. While some people are putting off their searches after getting priced out, the supply of listings is so tight that bidding wars remain common.

“As Americans contend with historically high inflation, the combination of rising mortgage rates, elevated home prices and tight inventory are making the pursuit of homeownership the most expensive in a generation,” Sam Khater, Freddie Mac’s chief economist, said in the statement.