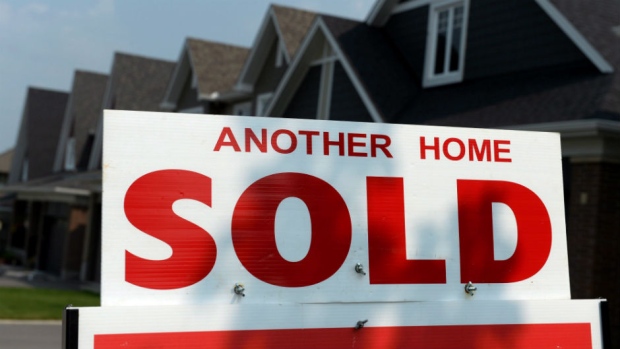 House for sale , The Canadian Press

May's sales pace was revised up to 572,000 units from the previously reported 551,000 units. Economists polled by Reuters had forecast new home sales, which account for about 9.6 per cent of the housing market, rising to a rate of 560,000 units last month.

Sales were up 25.4 per cent from a year ago. Last month's increase left new home sales in the second quarter well above their average for the first three months of the year.

The housing market is gaining speed with a report last week showing home resales vaulted to near a 9-1/2-year high in June.

The housing market, which is being supported by tightening labor market conditions and mortgage rates near record lows, is helping to power the economy. New home sales are likely benefiting from a persistent shortage of previously owned houses available for sale.

Last month, the inventory of new homes on the market increased 1.2 per cent to 244,000 units. At June's sales pace it would take 4.9 months to clear the supply of houses on the market, down from 5.1 months in May.