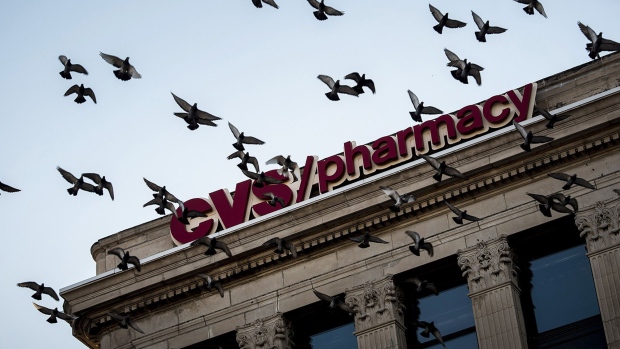 (Bloomberg) -- The U.S. is planning a major expansion of coronavirus testing at retail health locations around the country, part of a plan to vastly expand checks for the virus and begin getting people back to work.

CVS Health Corp., the U.S. drugstore chain, said Monday it will open testing sites at 1,000 of its stores. The announcement coincides with a planned meeting between President Donald Trump and some of the nation’s largest retailers and lab testing companies. Other retailers are expected to make similar announcements at the meeting.

CVS will offer self-swab tests to people who meet Centers for Disease Control and Prevention criteria. People will be required to register online and will then be tested at a drive-through window or in a store parking lot. The company said it hopes to be able to conduct 1.5 million tests a month, pending availability of supplies and lab capacity.

If successful, the effort would represent a substantial expansion of testing capacity. Experts estimate the U.S. will have to run at least 500,000 tests daily to start to get people back to work. That’s about 200,000 a day more than the peak number of daily tests conduced within the last week, according to the Covid Tracking Project, a data group following test counts.

“We all share the same goal, and that’s dramatically increasing the frequency and efficiency of testing so we can slow the spread of the virus and start to responsibly reopen the economy when experts tell us it’s safe,” CVS Chief Executive Officer Larry Merlo said in a statement.

Testing is a key part of the strategy to reopen the country and loosen social distancing rules. Widespread testing would allow states to conduct programs to better track infections and isolate sick people, shifting from programs of broad, blunt restrictions into more precise ones.

The testing announcement coincides with a new White House testing strategy released Monday aimed at monitoring the spread of the virus and reopening the country’s economy.

Currently, about 70 testing sites have opened at drugstores including Rite Aid, CVS and Walgreens, as well as Walmart. Most diagnostic testing is still done at hospitals or by other health-care providers. The result is that testing has been focused mostly on very sick people, resulting in what experts believe is a serious undercount of cases.

Woonsocket, Rhode Island, based CVS operates about 10,000 drugstores across the U.S., and currently runs testing sites in five states at large parking lots that are sitting empty, such as Twin River Casino in Rhode Island and Georgia Tech in Atlanta.

Health experts agree that widespread testing is necessary to reopening the economy and sending people back to work. The federal government has been widely criticized for failing to quickly implement a national testing strategy.At Monday’s event, it isn’t clear whether the president will address shortages of materials needed to expand testing, including swabs to collect samples and chemical media to transport them to labs.

The new coronavirus has sickened more than 979,000 Americans and killed more than 55,000 as of Monday, according to data compiled by Johns Hopkins University.