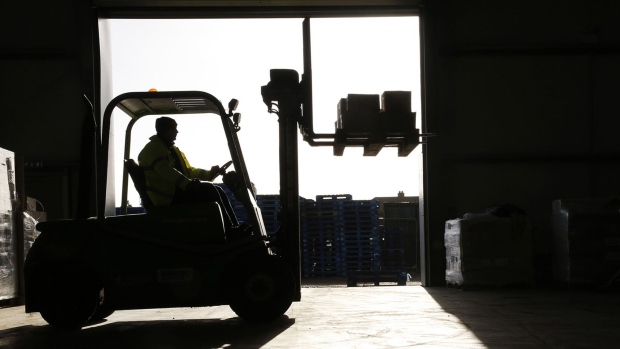 Growth at U.S. service providers unexpectedly accelerated in December as gains in business activity and new orders helped offset a decline in a measure of employment.

The Institute for Supply Management’s services index rose to 57.2 during the month from 55.9 in November, according to data released Thursday. The December figure exceeded all economists’ forecasts in a Bloomberg survey which had a median projection of 54.5. Readings above 50 indicate expansion.

The pickup in growth at companies that make up the biggest part of the economy is surprising given the increase in coronavirus cases and tighter business restrictions in some states. At the same time, the employment gauge contracted for the first time in four months, showing the ongoing drag in the job market from the pandemic.

The ISM’s employment measure fell to 48.2 after showing growth the previous three months. Figures Wednesday showed payrolls at service providers declined in December, led by retail and hospitality firms. The government’s jobs report on Friday is projected to show payrolls increased 50,000 last month, the weakest since the employment rebound began in May.

The supply managers group’s index of broad service-related business activity, which parallels its factory production gauge, increased to 59.4 after consecutive declines. An index of new orders rose to 58.5 from 57.2.

The group’s gauge of prices paid by service providers eased to 64.8 from 66.1, indicating costs were rising at a slightly slower pace during the month.

Aside from faster growth in business activity and orders, the overall index was bolstered by a jump in the supplier deliveries gauge. Similar to manufacturers, lead times at service providers may have lengthened because of pandemic-related disruptions to supply chains.

Other figures showed inventories expanded by the most since June, while a measure of export orders reached a six-month high.