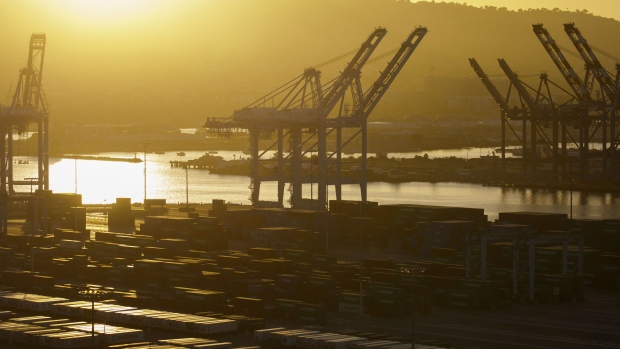 Gantry cranes stand above the APM shipping terminal in the Port of Los Angeles in this aerial photograph taken above Los Angeles, California, U.S , Bloomberg

The U.S. trade deficit widened to the second-largest on record in November as demand for imports climbed ahead of the holidays.

The gap in trade of goods and services expanded to US$68.1 billion in November from US$63.1 billion in October, according to Commerce Department data released Thursday. That compares with a median estimate for a gap of US$67.3 billion in a Bloomberg survey of economists.