Stocks pared most of their losses, with traders unwilling to make big bets ahead of Jerome Powell’s speech Wednesday.

Gains in energy and financial firms tempered a slide in big tech. Amazon.com Inc., which is selling investment-grade debt, saw its shares slump. Trading volume was below the average of the past month. A gauge measuring the global yield curve inverted for the first time in at least two decades -- signaling a recession.

Powell is expected to cement expectations the Fed will slow its pace of hikes next month -- while reminding Americans that its fight against inflation will run into 2023. Some policymakers stressed this week they will raise borrowing costs further, with one key official saying that he sees rates heading somewhat higher than he had forecast just a couple of months ago.

“The Fed has hiked enough -- and quickly enough -- to make recession a base-case scenario in our book,” said Lauren Goodwin, economist and portfolio strategist at New York Life Investments. “Volatility and risk premia are likely to remain elevated as long as the Fed is fighting inflation in a growth slowdown.”

Corporate America’s bloated margins are likely to start coming down in 2023 as certain expenses start to normalize, according to Goldman Sachs Group Inc.’s David Kostin. The firm’s strategists, along those at other banks including Morgan Stanley have been saying they see a slowdown in earnings growth next year.

Alicia Levine at BNY Mellon Wealth Management says that even in a shallow recession, S&P 500 companies can still see earnings declines of 20 per cent.

“There is still risk here in the end,” Levine told Bloomberg Television. “This is the transition year. Next year is, ‘OK, now your rates are higher, what does it mean for the real economy?’ And that I think we really have not priced in.” 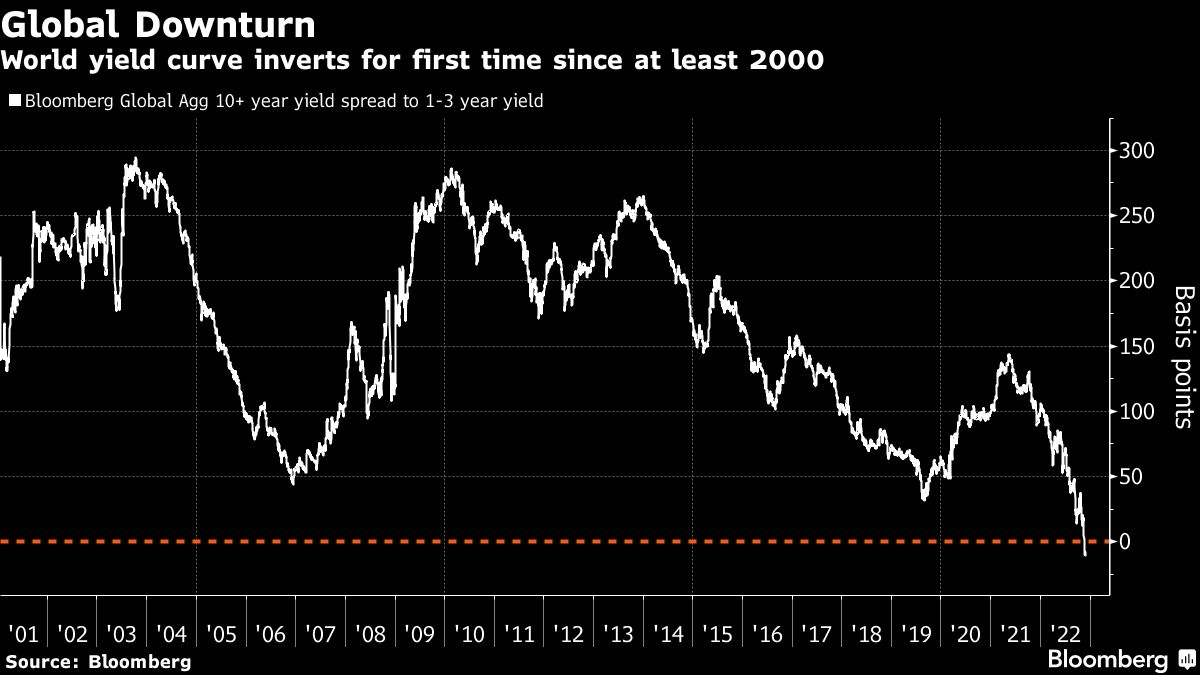 The Fed’s actions, stubborn inflation, the war in Ukraine and the outlook for corporate earnings “make for a tough tale to tell for the stock market over the next 12 months,” said Kevin Philip, partner at Bel Air Investment Advisors.

Last week, institutional clients and hedge funds poured money into stocks, while retail clients sold off for a fifth straight week -- with selling likely to continue through next month, according to Bank of America Corp. strategists led by Jill Carey Hall.

Recent flow momentum along with lack of “capitulation-like outflows” signal that investors believe the market has already bottomed. But BofA strategists say they see further downside risk ahead of a first half of 2023 bottom.

Several widely followed DeMark indicators, which try to anticipate momentum and long-term trend reversals, suggest the Cboe Volatility Index may be poised for a reversal.

History shows that the appearance of a “countdown 13” pattern has led to turns in the past, with a cluster of such signals occurring at the more-recent lows. The so-called fear gauge last week fell to its lowest level since August as the S&P 500 advanced.

Meantime, former greenback bulls including JPMorgan Asset Management and Morgan Stanley say the era of dollar strength is ending as cooling prices spur markets to trim bets on further Fed tightening. That may spell buying opportunities for the currencies of Europe, Japan and emerging markets.