For many stock traders, it felt just about right that the market would take a breather after the dramatic rally of the past couple of days.

After a bounce that started around noon in New York and was attributed to a big options trade, the S&P 500 came back lower again. For a market plagued by fears about a recession and the Federal Reserve’s struggles to tame high inflation, the rebound from this year’s bottom has maybe gone too far, too fast.

Fundamentally speaking, nothing has changed that much to make the U.S. central bank tilt toward a more moderate bias to prevent a hard landing. In fact, what Wall Street got on Wednesday was a renewal of the unflinching resolve from Fed officials to crush inflation.

Fed Bank of Atlanta President Raphael Bostic said he favors lifting rates to between 4 per cent and 4.5 per cent by the end of this year, and then keeping the tightening in place. He also echoed comments from his San Francisco counterpart Mary Daly, who downplayed speculation about rate cuts in 2023.

To Win Thin at Brown Brothers Harriman, the notion of any Fed pivot is just “wishful thinking” as Fed officials remain hawkish. He says another 75-basis-point hike next month is a “done deal.”

“Over the last few sessions, the market was too quick price in the ‘peak rate’ story in markets,” said Bipan Rai, head of North America currency strategy at CIBC. “Price pressures are set to remain sticky for some time and while the Fed might be closer to smaller incremental hikes than not, playing this via a ‘peak rate’ view is fairly dicey.”

Matt Maley at Miller Tabak, the extreme positive breadth of the recent rebound in stocks is likely something that tells us the rally will take a “breather” for a day or two, but it might not mean that the bounce is over.

“Yes, ‘bear-market rallies’ can see sharp advances that reverse almost immediately, so what we’ve seen over the last two days could be the ultimate head fake,” Maley added. “However, if the stock market can digest its gains of the last two days without a major reversal over the next few days, it’s likely that we’ll see a bit more upside follow-through to this week’s bounce before long.” 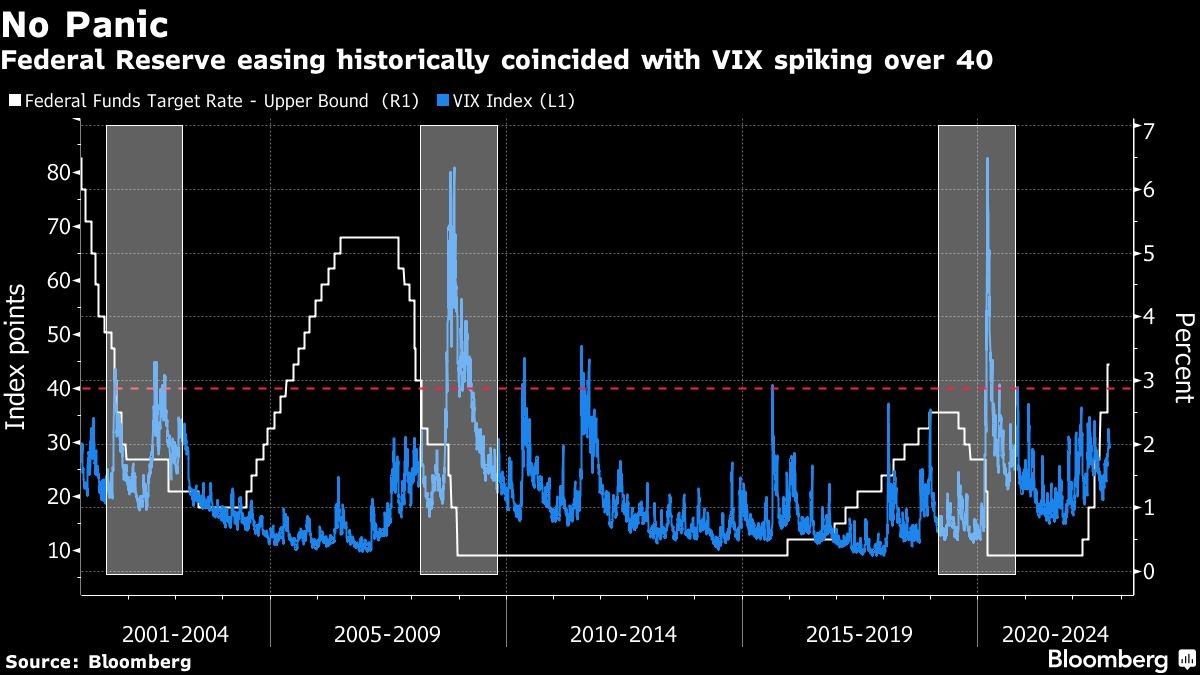 All eyes will now be on the government’s payrolls report Friday that’s forecast to show another month of robust job creation and the unemployment rate holding near a 50-year low. To Charlie McElligot at Nomura Securities, Wednesday’s ADP employment print helped mitigate some of that “dovish vibe” that followed data showing a slide in U.S. job openings, which lent credibility to the idea that the labor market could be moderating.

As the Fed intensifies its inflation fight, a report released Wednesday illustrated the abrupt swing in borrowing costs. U.S. mortgage rates jumped to a 16-year high of 6.75 per cent, marking the seventh-straight weekly increase and spurring the worst slump in home loan applications since the depths of the pandemic.

If history is any guide, “markets will need to experience more stress” before a pivot in monetary policy and an equity bottom, Wells Fargo & Co. strategists led by Christopher Harvey wrote. The Cboe Volatility Index is still trading below 40 -- a threshold that in the past signaled a shift to monetary easing.

U.S. stocks just posted a rare streak of quarterly declines and are in a bear market, but Citigroup Inc. quantitative strategists say they’re only just starting to reflect the risks of a recession.

A team led by Hong Li said equities could come under further pressure as they continue to be “heavily driven” by heightened bond market volatility as well as concerns around persistent inflation and hawkish Fed.

There’s “more downside risk for the market and the earnings season,” they wrote.

Retail investors, who helped push stocks to all-time highs, are now trying a different tactic: Betting against the market.

From January to August this year, even before the most recent slump in stocks, the number of newly opened short positions on trading platform eToro was 61 per cent higher than in 2021 and 41 per cent higher than in 2020. Meanwhile, some of the biggest U.S. exchange-traded funds that bet against popular indexes are raking in record amounts of cash.

Investors’ uncertainty toward the health of U.S. companies is rising -- and their leaders haven’t done much to help. The lack of an accurate road map for the crucial earnings season is setting the stage for a slew of potential surprises when the reporting season kicks off in coming weeks.

Aside from those few providing cold, hard numbers, executives at the 1,000 largest U.S. firms have spent the past three months voicing a similar message in their public remarks: They’re unsure about what’s ahead. They’ve mentioned “uncertainty” or its synonyms when describing the outlook 484 times during that time, the highest tally since the quarter ending March 2021, data compiled by Bloomberg show.